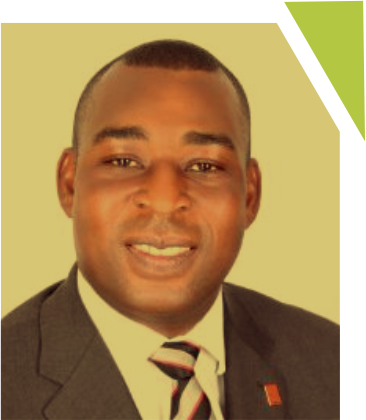 Dr. Femi Johnson, the President of the Mortgage Banking Association of Nigeria, says about five per cent of the 13.7 million housing units in Nigeria are currently financed with a mortgage.
Johnson said this in an interview with newsmen in Abuja at the just-concluded African Union for Housing Finance 2016 Conference.
The AUHF 2016 Conference, with the theme: “Housing Africa’s Growth Agenda,” was co-hosted by the Nigeria Mortgage Refinance Company from September 14 to 16, 2016.
Johnson said the low mortgage finance in the country was as a result of affordability gap and dearth of titled property.
He explained that a lot of properties in the country lacked title, adding that due to lack of title, it would be difficult for anybody to finance such properties.
Johnson explained: “Mortgage penetration is low because less than five per cent of houses in the country have formal title registration.
“One cannot lien on a property that does not have title because it is that title that you are going to collect as security that you create a lien or legal mortgage on.
“When you want to refinance or go to the capital market it is that title they will also collect from you.
“Because the cost of registering that title can be as high as 15 per cent of the cost of the property, people now buy property but do not care to do the title registration.”
The expert expressed worry that a lot of state governments were also hiking the price of title registration and transfer, charging as high as 15 per cent.
He stressed that high cost of title registration and transfer was a big challenge facing the industry, adding that it was as high as 22 per cent in some states while others charged 15 per cent.
Johnson noted: “People also buy land and build but they do not care to obtain document showing that they are the owners.
“So, if someone comes to the mortgage bank, trying to buy a house without document, there is no way a mortgage bank can lend on that type of property.”
Johnson, who is also the Managing Director of HOMEBASE Mortgage Bank Limited, urged the government to reduce the high charges associated with title registration and transfer for mortgage to be accessed.
Speaking on key challenges in funding the Mortgage Portfolio in Nigeria, Johnson recalled that the mortgage industry generated 100,000 transactions from 1960 to 2009.
He further stated that currently, mortgage industry had generated 181,519 transactions from 2010 to 2016, adding that the contribution of mortgage finance to Nigeria’s Gross Domestic Product was about one per cent.
He described Nigeria as a middle income, mixed economy and emerging market with a nominal GDP of 582.986 billion dollars.
According to the president, Nigeria ranks 21st largest economy in the world, and 20th largest economy in terms of Purchasing Power Parity.
He listed the key players and regulators in mortgage market as Central Bank of Nigeria, MBAN and Security and the Exchange Commission.
He noted: “CBN is an external regulator for Primary Mortgage Banks, while MBAN is an internal and self regulator for PMBs’’.
He further listed the Federal Mortgage Bank of Nigeria as a mortgage regulator and lender through the mortgage banks, identifying sources of long-term Funds as the National Housing Fund and NMRC.
On the achievements so far, he identified recapitalisation of mortgage banks, establishment of NMRC and development of Uniform Underwriting Standards for the formal sector.
He listed other achievements to include improved Operational Efficiency for Mortgage Banks and seamless integration of the customers of mortgage banks into the Biometric Verification Number platform.
Johnson also said: “The achievements also include issuance of NUBAN Numbers to facilitate online transactions for mortgage bank customers.”
The president also noted that there was an amendment of Pension Act to facilitate withdrawals from Retirement Savings Account for down payments on equity contribution to boost inclusion.
He said that there was an establishment of Mortgage Brokerage firms, reduction of cost of title registration and transfer from 13 per cent to three per cent in Lagos State.
He disclosed: “Loss of job insurance which is new in our market and currently covers three months is to be extended to one year.”
Speaking on the key challenges he noted lack of long term funds, high cost of funds, and interest rates and few eligible borrowers due to high cost of funds.
He identified other challenges as lack of foreclosure law, inadequate cadastral system, high inflation rate, informal sector exclusion and lack of infrastructure, making it difficult to develop new cities where land is cheaper.
Other challenges are; lack of Affordable housing, especially in cities, high cost of land and title registration and transfer, unfavourable investment climate and exchange rate.
The expert also expressed worry over the slow bureaucratic procedures involved in registration and transfer of title which could take from six months to two years.
Johnson added: “It has too many processes which are slow, cumbersome, unreliable and inefficient, government needs to look into it.”