Nigerians In Turkey condemn call for recall of Ambassador Mallammadori 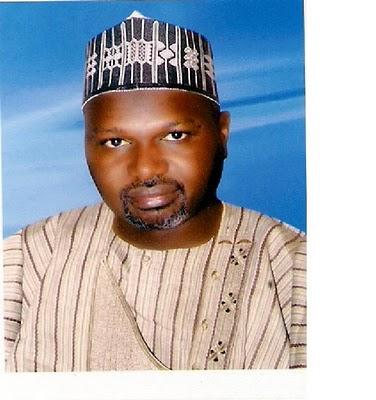 Nigerians resident in Turkey have condemned the call by a group for the recall of Nigeria’s Ambassador to that country, Ahmed Abdulhamid Mallammadori.
According to the President of Nigerian Community in Turkey NICOT/NIDOE, Dr. Wilson Udomisoh, the call being spearheaded by one Johnson Iwedinauwa, who he said is not known to the community, is uncalled for.
In a statement made available to newsmen in Abuja, Dr. Udomisoh contended that all the allegations leveled against Ambassador Mallammadori were “unfounded, baseless and outright falsification”.
The statement read further: “Prior to the said accusation, a Disclaimer had been issued, warning the leaders of this group of disgruntled individuals in Istanbul, who are behind this publication and have been craving for power and attention, using every means possible to champion their ulterior agenda, to desist from parading themselves as representatives of Nigerians in Turkey.
“Also, copies of the Disclaimer were sent to many of the Nigerian Embassies in the world and other prominent quarters.
“That the Nigerian Embassy in Turkey under the leadership of Ambassador Ahmed Mallamadori and with the consent of NICOT/NIDOE Turkey Chapter, on several occasions has cordially invited this very Istanbul Faction made up of desperate individuals, in order to unite all Nigerians in Turkey under one umbrella.
“However, all efforts made by both the officials of NICOT/NIDOE Chapter Turkey and the Nigerian Embassy fell to deaf ears. No wonder they have resorted to using such unfounded fabrication to pursue their selfish interests instead of adhering to the advice and decisions taken at several meetings in the Embassy.
“We would therefore, like to use this medium to spell out categorically that Ambassador Ahmed Mallammadori has been a very good ambassador of Nigeria and has well represented the general interests of Nigerians in Turkey.”
The NICOT/NIDOE, Turkey Chapter therefore, enjoined Nigerians who might have cause to visit Istanbul to refrain from any dealings with different Istanbul factions parading themselves as official representatives of NICOT in Turkey.