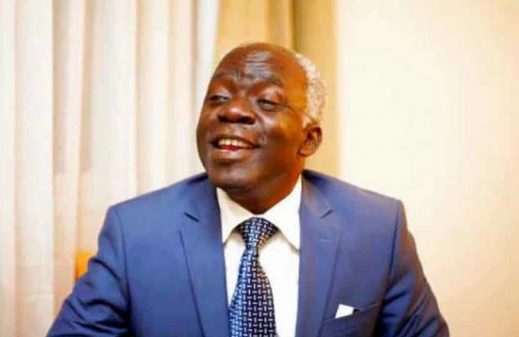 Femi Falana (SAN) on Friday expressed implicit confidence in the ability of Nigerian troops to end banditry and insurgency without external help.

Akinsola died in the March 28, 2022 attack on the Abuja-Kaduna train service.

Falana said the Nigerian Government and citizens must dismiss the suggestion by the Kaduna State Governor, Nasir El-Rufa’i, that mercenaries should be hired to protect Nigeria.

He said: “l can say without any fear of contradiction that Nigeria has some of the most patriotic soldiers in the world.

“All that is missing is appropriate weapons to fight the terrorists who are well-equipped.

“I am speaking from my personal knowledge because I defend top-ranking soldiers, Generals who are charged illegally for demanding weapons to fight terrorists.”

Falana stressed that Nigerian troops were ready and prepared to fight, but lacked sophisticated weapons to perform optimally and to people’s expectations.

The lawyer noted that he had heard some soldiers say they did not join the military because they wanted to commit suicide.

“Troops are prepared to fight, but they are simply saying it is suicidal to face terrorists with inadequate weapons,” he added.

Addressing newsmen after the burial, Quadri Olaleye, National President of the TUC, said it was a sad moment for the union and the country as the union actually lost two members: Secretary General Musa-Lawal Ozigi and Akinsola, to the attack.

Olaleye said that both victims were active union members who died in active service.

He said: “I call on union members to keep the flag flying and continue the struggle.

“As a trade union, good governance is our goal.

“That is why we established a programme to ensure stability in the system.

“It was during our national tour that our members were attacked on the Abuja-Kaduna train service.

“Our comrades lost their lives for a purpose which is stability and good governance to have a peaceful country.”

The TUC national president prayed that God would the families of the victims the fortitude to bear the loss.

Gov. El-Rufa’i had said recently that the devastating attack on the Abuja-Kaduna train service, which claimed eight lives, would have been avoided if the Federal Government heeded his earlier warnings.

NAN reports that the Minister of Labour and Employment, Senator Chris Ngige, has commiserated with the TUC over the death of Ozigi and Akinsola in the Kaduna train terror attack.

Ngige sent his condolences in a letter addressed to the TUC on Wednesday in Abuja.