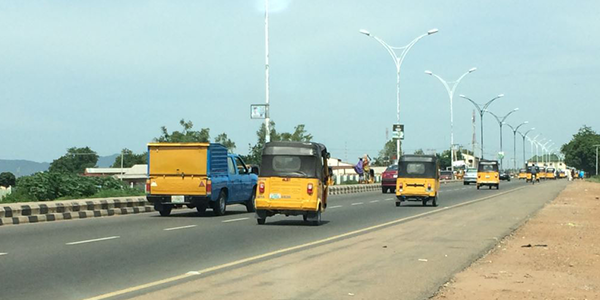 Nigerian Transportation Forum on Thursday set up a seven-man committee on tax harmonisation to come up with framework that would unified the levies collected from transporters.
The Chairman of the Forum, Orman Esin, Commissioner for Transport and Petroleum Resources, Akwa Ibom, set up the committee during the maiden meeting of Nigeria Transportation Commissioners Forum in Abuja.
He said the committee was given two weeks to come up with legal framework that would back up the process, tasking all states to make contributions and recommendations.
Esin said: “We are ready to work with the Board of Internal Revenue in the states; we need lawyers to do a lot of research with enabling laws that will help us collect revenue.
“It is not setting up the committee that is the matter, we need an operational framework, we need to have an administrative system and to collaborate with Local Government to resolve that.”
Esin, however, said they should come up with easy and implementable framework that was easily obtainable and easy to achieve.
Ere Efekefnia, Bayelsa State Permanent Secretary, said the state was able to come out with a unified tax scheme, which regulated all collections made from transporters into the state account.
He said it was discovered that 90 per cent of the tax collected was not going into the government coffers, adding that so many taxes led to the introduction of the scheme which could be imbibe.
Efekeina said: “What we did in Bayelsa to resolve the challenge was to introduce a unified scheme, when we came out with a booklet of legitimate taxes on the road.
“So all the payment goes to the state account.
“Because 90 per cent of the tax was not going to the state, with the scheme, the collection is done uniformly which help increase the revenue in the state.’’
However, Mohammed Awal, Commissioner for Transportation, Kogi, said the levies imposed on transporters on a daily basis was too much.
He said they buy tickets from union, Local Government and those going on interstate pay eventually in all the state, stating that this levies were too much and needed to be unified.
Alhaji Wada Ahmed, Commissioner for Works, Nassarawa state, said these taxes had led to the increase in transport fare, adding that taxes imposed on drivers should be regulated.
He said the only solution was a unified system with legal backing involving the Attorney-General.
According to him, a sticker should be given to interstate transporters that will allow them entrance into other state without paying double tax.
Ahmed said when tax was high it would also affect the price of transportation and product, noting that the unified tax system would resolve the issue of double taxation on drivers nationwide.