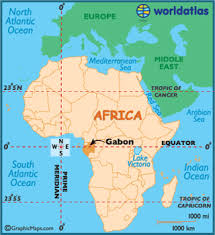 The Eastern Naval Command of the Nigerian Navy on Sunday at the Shore line jetty, Calabar, Cross River State repatriated 24 illegal immigrants from Gabon.
The immigrants were among 41 foreigners in a transport vessel, AV Agamba, impounded by the Navy during a routine patrol on Thursday.
Also aboard the vessel were no fewer than 200 Nigerians.
Commodore Marcus Bobai, the Commander of Nigeria’s Navy Ship, Victory, told newsmen that the Gabonese immigrants were repatriated for entering Nigerian territory without valid traveling documents.
According to Bobai, their repatriation was in line with the Federal Government’s policy to tighten up security at the nation’s borders.
He warned that the Navy would no longer allow foreigners or passengers of vessels without valid travelling documents to enter the country through the ports.
Bobai said following the interception of the vessel on January 21, the passengers were handed over to the relevant agencies, which screened them under tight security and discovered that some of them did not possess relevant traveling documents.
He said: “We discovered that 24 out of the 41 passengers have no valid passports that will guarantee them entry into Nigeria.
“The Nigerian Navy ensured that the illegal passengers remained on the ship without stepping their feet on the Nigerian soil and we are repatriating them back to Gabon under tight security.
“This will serve as a strong warning to the Gabonese Government as well as other African countries which think they can always enter Nigeria through the back door and dump people anyhow.”
Bobai said naval gunboats had been mandated to escort the Gabonese in the same vessel that brought them.
He said: “We are concerned about security.
“We have tightened security on our waterways in such a way that as a foreigner if you do not have your valid travelling documents, you will not be allowed access into the country.
“Following the security challenges in the country, we do not allow just anybody to enter into the country and that is why we did a thorough screening on them.
“We have also warned the agent who brought them from Gabon to desist from the act and ensure that anybody he intends to bring into this country has a valid travelling document.”
Bobai warned that henceforth the navy would deny access to berth at the jetty any vessel that brings in non-Nigerians without valid traveling documents.
NAN.