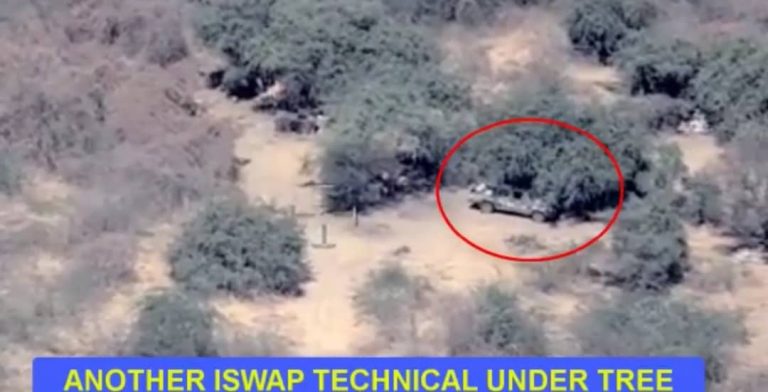 Airstrikes conducted by fighter jets of the Nigerian Air Force, NAF, have killed 24 terrorists of the Islamic State of West African Province, ISWAP.

The operation, PRNigeria gathered, took place on Sunday, at Tumbun Hamma, one of the identified locations for ISWAP training camps in Lake Chad.

The terrorists who were eliminated, a defence intelligence source told PRNigeria, were undergoing weapon handling and Improvised Explosive Devise, IED, training at the location for six consecutive days.

In a related development, PRNigeria gathered that a Nigerian Air Force (NAF) aircraft under the Air Component of Operation Hadin Kai (OPHK) has carried out series of air strikes on terrorists’ locations in the Tumbuns near Lake Chad.

These were part of retaliatory air strikes on terrorists after their attempted attack on a Nigerian Army location in Mallam Fatori.

According to a military source, intelligence had revealed that terrorists were infiltrating into Mallam Fatori from Tumbun Fulani, and they had with them four gun trucks, several support weapons, and other technicals.

“Hence the need for an air interdiction mission to degrade and disrupt their activities. Accordingly, the strikes on Tumbun Fulani led to the destruction of three of the gun trucks hidden under trees with several terrorists scampering towards six boats on the shores of the Lake Chad eliminated as well, thereby degrading their ability to attack our forces,” he told PRNigeria.

Efforts to reach the Director of Defence Information, Major General Jimmy Akpor, or the NAF spokesman, Air Commodore Edward Gabkwet, for comments were unsuccessful at the time of going to press.