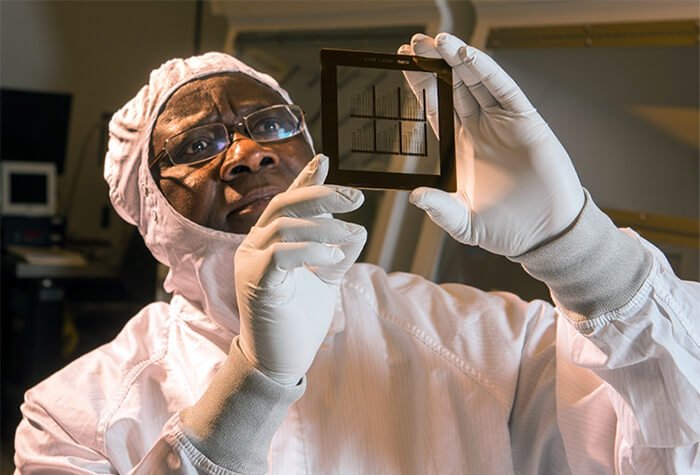 A Nigerian-American, Engineer Robert Sylvester Okojie, has been inducted into the United States of America’s National Aeronautics Space Administration’s Inventors Hall of Fame.

This prestigious honour is granted to only 35 extraordinary Scientists/Inventors in the history of the Agency in the USA.

This makes, Okojie, who also holds a Doctorate degree, the fourth Black person to be inducted into the agency’s Hall of fame: Technology Transfer Programme.

During the course of his career, Dr. Okojie invented 22 products that have been patented.

A Nigerian, Meg. Ajibola, said: “His legendary work and achievement in the diaspora has made us all Nigerians proud.

“His work alone can change the dynamics of Nigeria Engineering/Technology and make her self reliant in so many ways.”

In the citation on Okojie on its website, NANA wrote: “Robert S. Okojie has gained worldwide recognition as the leading expert on silicon carbide-based microelectromechanical systems (MEMS) for use in extreme environments.

“Okojie joined the silicon carbide research group at NASA’s Glenn Research Center in Cleveland in 1999. He holds more than 20 patents relating to high-temperature devices, including several licensed for commercial use that could reduce spacecraft weight, and thereby launch cost and fuel consumption, while leaving additional space for scientific payloads. He has also published more than 50 peer-reviewed papers relating to his field.

“During his decades at Glenn, Okojie has received numerous accolades, including in 2009 the NASA Abe Silverstein Medal for Research and in 2012 the Glenn Research Center Distinguished Publication Award. He was also recognized in 2002 as the Scientist of the Year by the National Technical Association for his ‘exceptional accomplishments in advancing the state–of–the–art of MEMS for use in harsh environments’ and in 2007 was a recipient of the Cleveland Executive Board Wings of Excellence award.

“Okojie has mentored several students at Glenn, all of whom have gone on to achieve high academic and professional success in their various fields.