Nigerian elected as ATTF Deputy President, another elected into ITTF Board 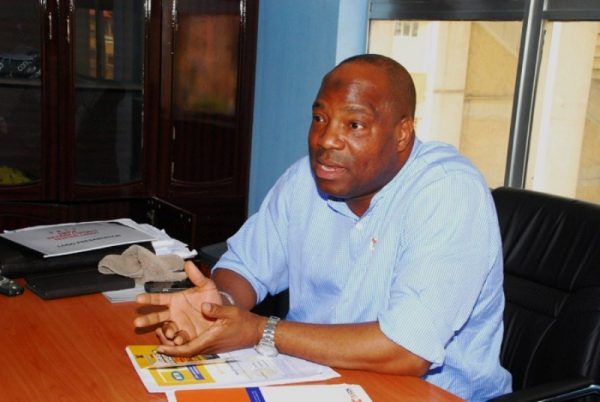 He was elected at the virtual General Assembly of the continental body on Saturday.

Despite competing unopposed, 22 of the 23 delegates that attended the assembly voted for Oshodi following his exemplary leadership in Africa, while Secretary General of the Nigeria Olympic Committee, Olabanji Oladapo, won one of the eight slots of the Board of Directors of ITTF and he was also apportioned the Chairman of the Advisory Council of ATTF.

An elated Oshodi assured the delegates of changes in the sport, while soliciting for their support.

“I am so grateful for this massive support and I believe we have started a journey that will lift the fortune of table tennis and I believe with your support, we can continue to raise the bar of the sport in Africa as well as compete with the rest of the world,” Oshodi said.

Egypt’s Khaled El-Salhy was also reelected for a third term in office as the President of the ATTF.

El-Salhy was elected unanimously by the 23 delegates that attended the first virtual general assembly in the history of the federation.

An elated El-Salhy also assured the delegates of more innovation in the sport in line with the laws of the International Table Tennis Federation.

Andrew Mudibo of Kenya is the new EVP, Development, while Cote d’Ivoire’s Germain Karou is the EVP, Technical.

Apart from the election, some vital decisions were agreed on, especially as it concerns athletes, as the delegates approved the use of the world ranking for seedings in continental tournaments, while delegates also approved the appointment of an Advisory Council chaired by Nigeria’s Oladapo.

A four-year Strategic Plan of ATTF was also adopted by the delegates.

In his remarks, CEO of ITTF, Steve Dainton, commended the delegates for their efforts and commitment to the sports while congratulating the new executives.

Dainton, however, charged them to continue to raise the bar of the sport as ITTF would continue to support the continent in its quest to popularise table tennis in Africa.

Dainton reaffirmed ITTF’s commitment and support to ATTF, especially with the adoption of their robust Strategic Plan at the General Assembly.

ITTF Secretary General Raul Calin commended the delegates for their conduct during the General Assembly, while expressing optimism in the new executive led by El-Salhy to continue to improve the lot of table tennis in Africa.

Twenty-three countries as well as more than 30 observers were part of the General Assembly, which lasted for over four hours.