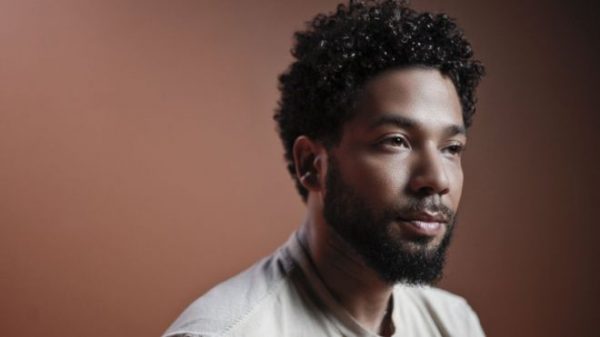 Share
Facebook Twitter LinkedIn Pinterest Email
The two Nigerian brothers who allegedly participated in a staged hate attack on Jussie Smollett have filed a defamation suit against Smollett’s lawyers.
Olabinjo and Abimbola Osundairo accused the attorneys of smearing their reputations in a bid to salvage Smollett’s image, according to Variety.
The suit alleges that Smollett’s attorneys, Mark Geragos and Tina Glandian, gave interviews in which they sought to scapegoat the brothers.
The suit also accuses Glandian of falsely suggesting that Abimbola had sexual relations with Smollett, exposing him to backlash in the Nigerian community.
The News Agency of Nigeria reports that Smollett told Chicago police on January 29 that he was attacked by two men who shouted racial and homophobic slurs and put a noose around his neck.
Police later traced the attack to the Osundairo brothers, who confessed that Smollett had paid them to stage the attack.
In the suit, the brothers stated that Smollett asked them to “help him stage a social media hoax” and that they went along with it because he is a wealthy actor and they “were aspiring to ‘make it’ in Hollywood.”
“Smollett’s motivation was simple, he wanted his employer and the public to notice and appreciate him as a successful Black, openly gay actor,” the suit states.
They further said Smollett directed every aspect of the attack, including the location and the noose.
NAN also reports that Smollett has maintained his innocence.
He was indicted on 16 counts of filing a false police report.
In a surprise move, the Cook County State’s Attorney’s office dropped all charges against him in exchange for the forfeiture of a $10,000 bond.
After the charges were dropped, Glandian gave interviews defending Smollett.
In one, she noted that Abimbola is a personal trainer who advertises “steroid-free” bodybuilding, and said it was “ridiculous.”
The suit contends that Glandian was implying that Osundairo distributes illegal Nigerian steroids.
Glandian also suggested that the two brothers wore “whiteface” makeup on the night of the attack in an effort to explain why Smollett told police that his attackers were white-skinned.
The suit states that that is not true.
The suit also accused Glandian of falsely implying that Abimbola Osundairo had sex with Smollett.
The brothers are Nigerian-American, and have Nigerian relatives.
The suit notes that homosexual activity is a crime in Nigeria.
“Ms. Glandian’s globally broadcasted statements that Bola Osundairo is homosexual endangers him and the lives of his Nigerian family,” the suit stated.
The suit also contends that the brothers have been financially harmed by the attorneys’ effort to blame them for the attack.
“Ms. Glandian’s statements have caused considerable damage to Plaintiffs’ careers, as they have lost talent agent contracts and career opportunities,” the suit alleged.
Glandian and Geragos issued a response, vowing to “expose” the brothers for perpetrating a fraud on the public.
The attorneys said: “At first we thought this comical legal document was a parody. Instead this so-called lawsuit by the brothers is more of their lawyer driven nonsense.
“A desperate attempt for them to stay relevant and further profit from an attack they admit they perpetrated.
“While we know this ridiculous lawsuit will soon be dismissed because it lacks any legal footing, we look forward to exposing the fraud the Osundairo brothers and their attorneys have committed on the public.”
NAN.
Defamation Jussie Smollet Mark Geragos Nigerian brothers Tina Glandian
Share. Facebook Twitter Pinterest LinkedIn Tumblr Email

BBNaija: Shine Ya Eye House is a breathtaking masterpiece

BBNaija: Angel, Beatrice reveal they don’t want to get married