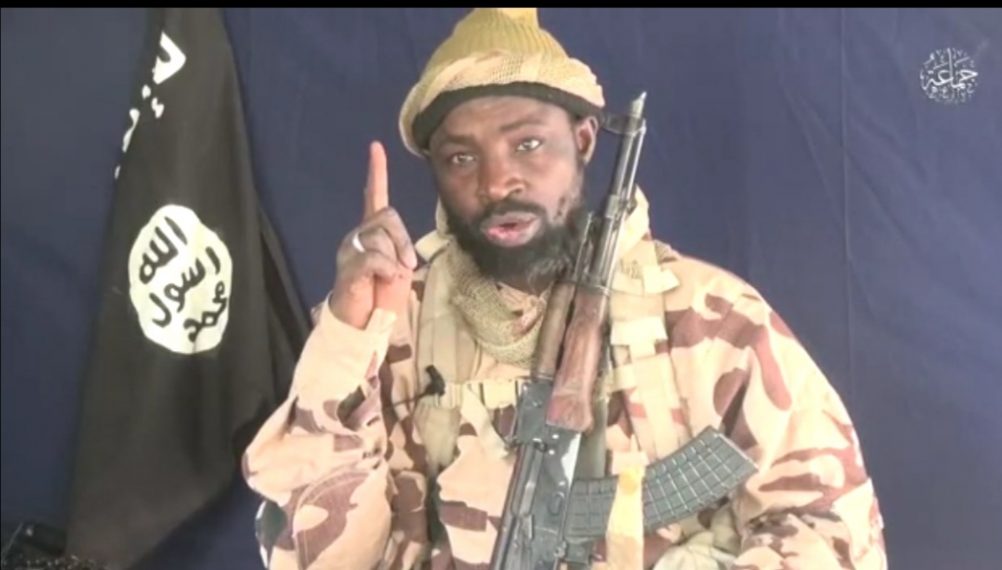 In a video obtained by PRNigeria, the troops stormed the farm in the Sambisa axis and invited some locals to help themselves with edibles before destroying the farm.

The troops could be heard mocking the sect leader and asking him to come out from the hiding.

Meanwhile, the Nigerian troops in Dikwa after repelling the attack by ISWAP nabbed two men suspected to be terrorist informants living in the community.

PRNigeria had reported the damning activities of local informants who are actively sabotaging the efforts of Nigerian troops by revealing their position and movements to the terrorists.

An intelligence source told PRNigeria that the terrorists invaded a military Super Camp unit on the northern axis of the town on several light trucks mounted with Heavy Machine Guns (HMGs).

“The terrorists suspected to be aided by informants approached the base from two axes.

“The troops on the ground had got a signal of the attempted invasion and retreated to Ajiri Community in the Southern axis, where they relaunched counter-attacks with troops from Gulumba.

PRNigeria further gathered that the terrorists are coordinating their recent attacks from their new base in Andakar with some commanders and mercenaries from neighbouring countries.