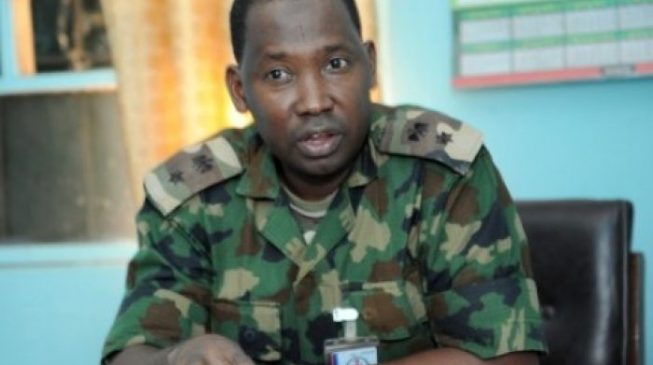 The Nigerian Army has denied media reports that 25 soldiers were killed in an attack coordinated by Boko Haram insurgents in Borno.
The Director, Army Public Relations, Col. Sagir Musa, made the denial in a Short Message sent to the News Agency of Nigeria in Maiduguri on Sunday.
Some reports claimed 25 soldiers were killed on Saturday when the insurgents attacked a military convoy evacuating civilians on Damboa-Biu Road.
Musa dismissed the report as “rumour and fake”.
He said: “Contrary to rumour and fake news circulating, there was no attack on any of our troops’ locations at Sabon Gari or any other locations in Borno State.
“I have spoken with the Special Force Commander in Damboa and he confirmed to me that there was nothing of such in Damboa or any of his locations as at Friday) and Saturday.”