Former Special Assistant to former President Goodluck Jonathan, Dr. Doyin Okupe, has said if former Vice President Atiku Abubakar gets elected as the country’s president, it will set Nigeria back by 10 years.
Abubakar is one of the frontline presidential aspirants for the ticket of the Peoples Democratic Party for the 2019 election.
But Okupe, who was a spokesman of former President Olusegun Obasanjo, said Abubakar should not be given the opportunity to govern the country.
Abubakar was Vice President to Obasanjo for eight years between 1999 and 2007.
Writing on his Twitter handle on Monday, Okupe, however, said if the President of the Senate, Dr. Abubakar Bukola Saraki, gets elected as president, he will set the country on the part of history.
He tweeted on Monday evening: “If Atiku rules Nigeria for 1 day, it will take us 10 years to recover. If Saraki rules for a day, Nigeria will MAKE history.”
It will be recalled that Okupe was one of the non-lawmakers who attended the World Press Conference by Saraki a day after the invasion of the National Assembly by operatives of the Department of State Services.
The DSS agents, who stormed the National Assembly on the orders of the then Director General, Lawal Daura, prevented lawmakers, staff and visitors from entering the complex.
Daura was to be sacked the same day by the Vice President, who was then Acting President, Prof. Yemi Osinbajo. 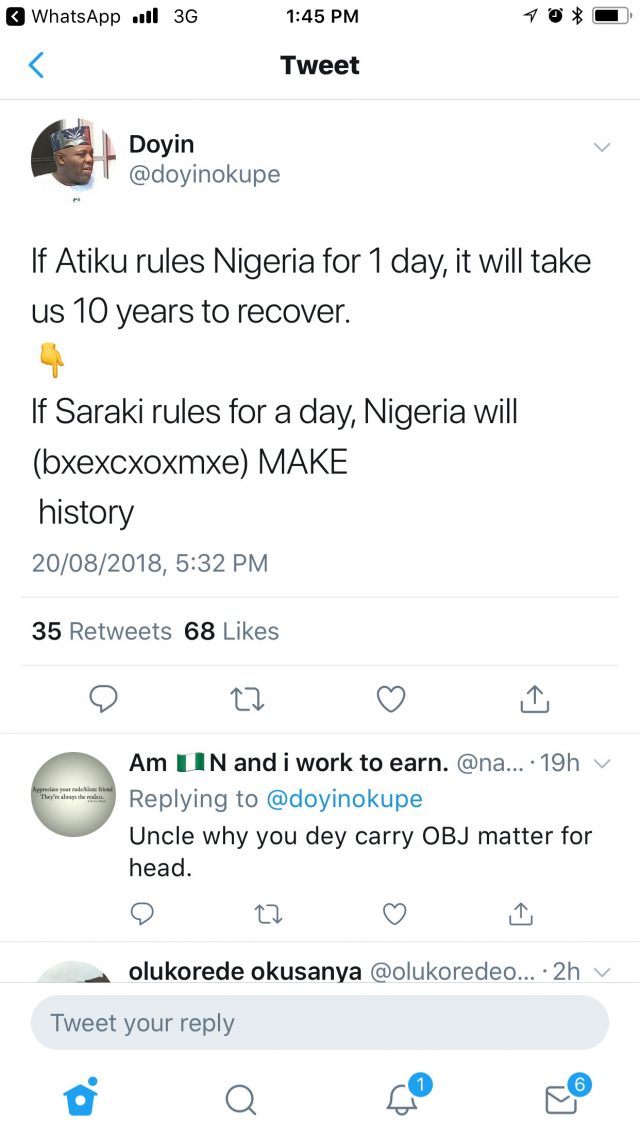