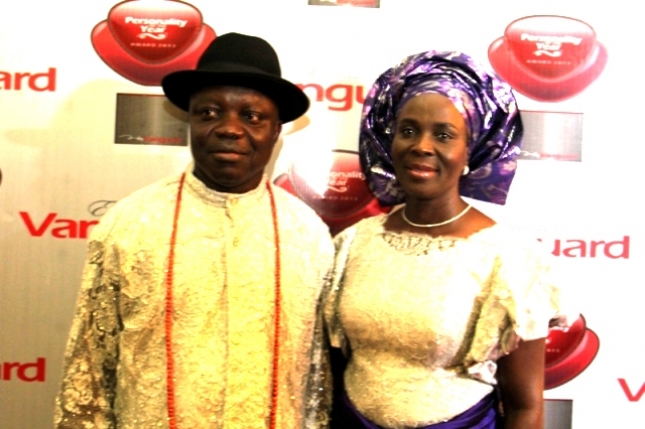 In the wake of the stampede that led to loss of live among those seeking employment, the Delta State Governor, Dr. Emmanuel Uduaghan, on Saturday tasked the public and private sectors to look beyond oil for solution.
Uduaghan spoke against the backdrop of the deaths recorded, last week, during the recruitment into the Nigerian Immigration Service, which attracted nearly half a million applicants for less than 5,000 vacant slots.
Speaking at the award ceremony of the 2013 Vanguard Personality of Year Award in Lagos, Governor Uduaghan said the deaths during the NIS job test could not have happened had the nation focused on several ways of generating jobs.
Speaking on behalf of the award recipients, Dr. Uduaghan said: “Two weeks ago, we had young ones who died looking for jobs. It was not apparent to many Nigerians the level of unemployment until that day. From stadium to stadium across the country, we had people gathered much more than those who go to watch football matches.
“What were they looking for? Looking for jobs! Our Delta Beyond Oil is to deal with what happened two weeks ago. We are encouraging people to create jobs so that our youths will not go and die in stadia looking for jobs. If we had enough jobs, what happened two weeks ago would not have happened and that is just is the summary of our Delta Beyond Oil initiative.
“Creating jobs so that our youths will be engaged, so that our youths will be employed and I am happy that Mr. President is leading the way in the creation of jobs.
“So, I want to encourage our private investors to put their money into areas that will ensure that our young ones are employed. Our vision of Delta beyond oil is about employment of our youths, of our women, of our men. It is not a vision for today alone, it is a vision for today, it is a vision for tomorrow, it is a vision also for the future. So, I encourage all of you to also be part of this vision.”
Vice President Namadi Sambo, in his own address, praised the recipients, noting that it was remarkable that their efforts had been recognised by a reputable newspaper.
Represented by the Minister of State (Works), Alhaji Bashir Yuguda, the vice president said: “We are here to celebrate three things; we are celebrating Nigeria, Nigerians and our own products. We are celebrating Nigerians as individuals because you have all excelled in your own capacities, and the three of you are products of our environment.
“We are not surprised that you are getting this recognition from a reputable newspaper, Vanguard Newspaper. We are honouring you and the other recipients because we created the conducive environment for you to flourish.”
The award ceremony, which saw a high turnout of high society and held amidst pomp, had Vice-President Namadi Sambo as special guest of honour and former Governor Olusegun Osoba of Ogun State as chairman.
Uduaghan received the Vanguard Personality of the Year 2013; Alhaji Aliko Dangote, the Chairman of Dangote Group, got the award of African Personality of the Year 2013; while Innocent Chukwuma, the Chairman of Innoson Group, was honoured as the Most Innovative Entrepreneur, 2013.
Talking to Uduaghan, Sambo said: “You have not disappointed us as a friend and as a party man. We believe that better things will come to the way of Delta and Deltans.”
Earlier, Osoba, the chairman of the occasion, called for a minute silence for those who lost their lives during the NIS recruitment exercise.
The former Ogun State governor, who extolled the virtues of the awardees, said: “I am here on the order of Sam Amuka, a good friend. I thank him for this brilliant idea to honour those who have contributed to the growth of this nation. Uduaghan, a man of vision, is telling us that beyond oil, the state can work. Very soon, America will be the biggest exporter of oil. I want to thank Governor Uduaghan for thinking about Delta State beyond oil. Very soon, we must start thinking of Nigeria beyond oil.”
The former governor added: ”I want to also applaud Innocent Chukwuma. He had a modest beginning, but, today, he is a giant and a star for the younger generations. We are honoring the greatest of the greatest. When I was governor of Ogun State, (Alhaji) Aliko Dangote came to ask for land in Ibese. Today, his cement company happens to be the largest industry not only in Nigeria but in Africa.”
Explaining the rationale behind the Personality of the Year initiative started in 2013, Vanguard’s General Manager and Editor-in-Chief, Gbenga Adefaye, said it was to draw attention to the importance of service by celebrating achievements.