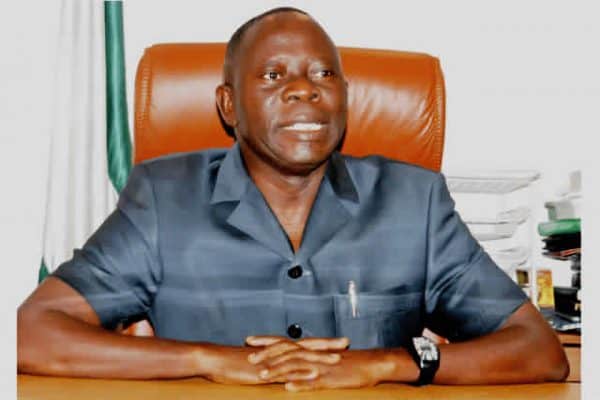 The National Chairman of the All Progressives Congress, Adams Oshiomhole, has expressed the party’s desire to collaborate with the United Socialist Party of Venezuela towards exploring economic potential of both countries.
Oshiomhole made this known in a statement signed by his Chief Press Secretary, Simon Ebegbulem, on Thursday.
He stated this when the Venezuelan Ambassador to Nigeria, David Velasquez, led a delegation on a courtesy visit to members of the National Working Committee at the APC National Secretariat in Abuja.
Oshiomhole said: “As a governing party, our level is to see how we can deepen relations between our party and the socialist party in Venezuela.
“APC is based on philosophy of social democracy; we believe that the economy should work for the benefit of the majority. So to some extent we share common values in ensuring that we work for the benefit of the people.
“We are ready to build the relationship between the APC and our counterpart in Venezuela.
“The two countries are oil producing countries so we have various levels of collaboration that will be of mutual benefit to our people.
“So, I look forward to further conversations between our party and the socialist party in Venezuela, we can share experiences and see how we can collaborate on policies that will better the lives of our people.”
Oshiomhole, who spoke on the political crisis bedeviling the South American country, lamented that “We understand the situation in which you are in, the economic blockade and the sufferings the people of Venezuela are passing through”.
He added: “It is a sad situation. We are much better informed now about the current situation in Venezuela and your attempt to protect your sovereignty and it is our hope the issues will be resolved amicably for the interest of the people of Venezuela.”
Earlier, Velasquez said the visit was to seek the support of the party to strengthen the bilateral and economic relationship between both countries.
He said the government of Venezuela was ready to collaborate with Nigeria in the area of education, health, agriculture adding that the socialist party in Venezuela would continue to improve the economy of the nation despite the economic blockade imposed by the American government.
He said: “As we speak we have several billions of dollars of Venezuela money that have been frozen in Europe and America. We have a company in America that they imposed embargo on and that has a lot of impact on our people.
“The attack against Venezuela by America is illegal and we urge the African Union and others to join in condemning the actions of America because our people are suffering.”
The statement revealed that some members of the NWC present at the visit included the Deputy National Chairman South, Otunba Niyi Adebayo and the National Treasurer of the APC, damu Fanda.