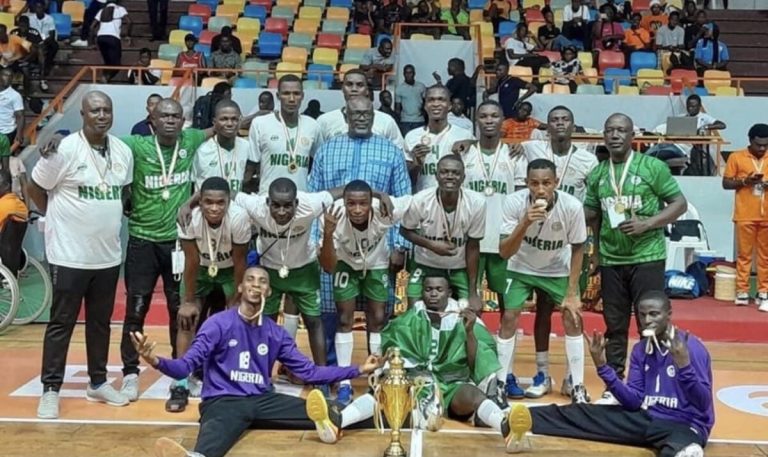 Nigeria Under 18 and Under 20 teams have been crowned champions of the IHF Trophy Tournament for Africa Zone 3 in Abidjan, Ivory Coast.

The Nigerian teams defeated hosts Ivory Coast in both finals which was a cagey affair to the disappointment of several Ivorian fans who were rooting for their team.

The Under 18 team led by Coach Emeka Nnamani crowned their superlative performance as they defeated Ivory Coast 29-24points to win the championship with 100 percent performance. Niger Republic came third in the Under 18 category after defeating Benin Republic 27-25.

The Under 20 Nigeria team found it difficult against Ivory Coast in final match but they persevered to score the last shot of the match which earned them 29-28points victory over the hosts. Niger Republic also came third as they defeated Burkina Faso 30-24points.

With this victory, Nigeria’s Under 18 and Under 20 team team will participate in the continental IHF Challenge Trophy which will hold in Brazzaville, Congo from December 12 to 18, 2022.