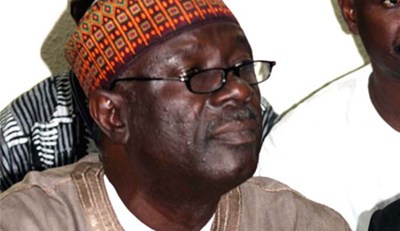 Share
Facebook Twitter LinkedIn Pinterest Email
Nigeria’s capital city Abuja will be agog from October 29 to November 4 as the Puma Engineer ITF Wheelchair Tennis Championship holds.
It is the first time that Nigeria will be privileged to host the tournament and this has brought lots of excitement to the local players though the prize money for the week-long event, which would feature men and women, is $3,500
The championship is facilitated by Engr. Sani Ndanusa, the immediate past president of the Nigeria Tennis Federation, and no fewer than 15 Nigerians will compete for points alongside other participants from at least five African countries.
Ndanusa noted that the championship would serve as springboard to Nigeria’s readiness to outdo all its major rivals, particularly South Africa, Egypt, Tunisia and Kenya, for next years’ African Wheelchair Tennis Championship slated for February in Ghana.
Meanwhile, Nigerian players are scheduled to begin a week-long training starting on Monday in Lagos ahead of the championship.
According to the Secretary-General of the Nigeria Wheelchair Tennis Federation, Anthony Idaye, the players all featured in the national ranking tournament, which ended in Lagos on Saturday, where Alex Adewale and Kafayat Omisore emerged champions in the men and women categories.
ITF Wheelchair Tennis Championships Nigeria Tennis Federation PUMA Sani Ndanusa
Share. Facebook Twitter Pinterest LinkedIn Tumblr Email