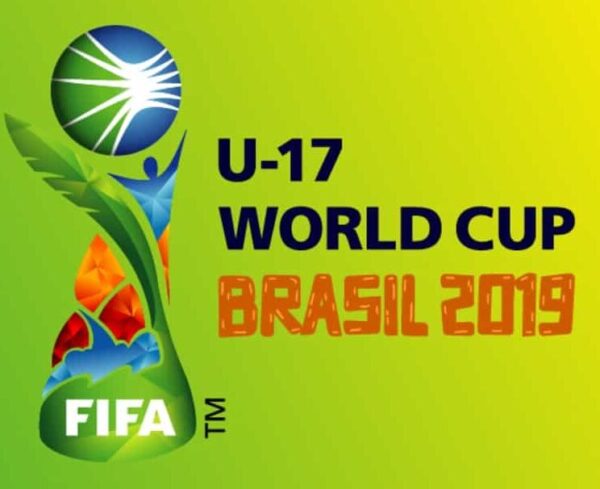 Nigeria’s Golden Eaglets have been drawn in Group B of the 2019 FIFA Under-17 World Cup scheduled to hold in Brazil from October 26 to November 17.
The Eaglets who face Hungary in their opening match on October 26 also have Ecuador and Australia to contend with in the group stage.
Former Super Eagles full-back, Celestine Babayaro, was one of the two FIFA Legends and tournament veterans present at the draw ceremony, with Brazilian Sonny Anderson the other one.
The News Agency of Nigeria reports that the draw took place on Thursday at the Home of FIFA in Zurich, Switzerland.
Hosts Brazil are in Group A with Canada, New Zealand and Angola, while Group C has Haiti, Korea Republic, France and Chile.
Group D has Senegal, the US, Japan and the Netherlands, Group E has Spain, Argentina, Cameroon and Tajikistan, while Group F has Italy, Paraguay, Mexico and Solomon Islands.
NAN reports that the tournament’s opening match will see Brazil taking on Canada in Brasilia on October 26.