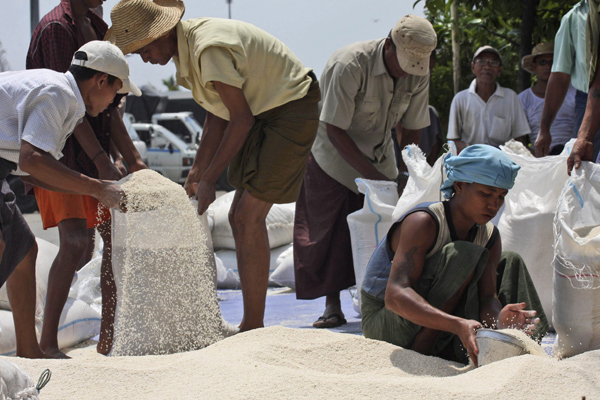 A former Executive Director, National Root Crops Research Institute, Umudike, Abia State, Dr. Kenneth Nwosu, says Nigeria spends more than $260 billion annually on rice importation.
Nwosu, a commissioner nominee, made the disclosure when he answered questions from members of the Abia State House of Assembly during his screening in Umuahia, the state capital, on Wednesday.
He said: “Presently, Nigeria import more than 5.3 metric tonnes of rice from Thailand annually and that amounts to over $260 billion.
“As a nation, we have the potential to even produce more than 100 metric tonnes of rice as well as other commodities because our land is fertile and can grow a lot of things.”
Nwosu also advised the state government to key into the agricultural policies of the Federal Government to boost food production in the state.
According to him, Nigeria can tackle the problems of insecurity and unemployment if youths embrace agriculture as a business.
Twenty-three names were submitted to the House for clearance by Governor Theodore Orji of Abia State.
Twelve nominees appeared before the House on Wednesday, while 11 others were screened on September 17.
However, some of the nominees, who had some pending issues, were directed by the legislature to return on a later date.
The Speaker, Hon. Ude Okochukwu, announced that those whose screenings were stood down would re-appear before the lawmakers on September 23.
Okochukwu also said that the House would screen two nominees for the Civil Service Commission and State Independent Electoral Commission on September 23.