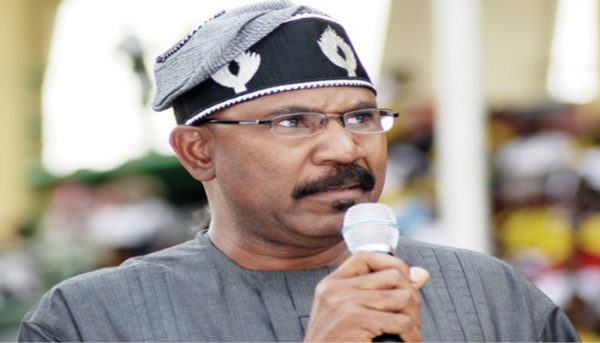 The Minister of State, Federal Ministry of Health, (FMOH), Sen. Olorunnimbe Mamora, has disclosed that Nigeria records an average of 15,000 to 20,000 cases of snakebite every year.

He said out of the figure, about 2000 people are killed and between 1,700 and 2,000 people have one leg or arm amputated to save their lives following a snakebite.

Mamora made the disclosures on Monday, at a ministerial press briefing marking the 2021 International Snakebite Awareness Day (ISBAD), in Abuja.

The News Agency of Nigeria reports that since 2018, ISBAD had been commemorated on Sept. 19, representing an opportunity for Nigerians to raise awareness of one of the world’s biggest hidden health crises.

Each year, approximately 5.4 million people are bitten by a snake globally, of whom 2.7 million are injected with venom, he said, adding that snakebite “poisoning”, known as envenomation, had long been a public health problem in Nigeria, especially in rural areas.

He said that even though there were also snakes that were not poisonous, Nigeria had three main types or snake species responsible for envenomation.

“The Cobra or Naja nigricollis, the Puff Adder or Bitis arietans and the Carpet Viper or Echis ocellatus.

“Snakebite affects the lives of many people and most of the victims are rural women, children, peasant farmers, herdsmen and hunters.

“A most recent survey, conducted in 2013 by Habib et all, showed that snakebites in Nigeria occur at 497 cases per 100,000 people. The Carpet Viper is the one responsible for most, about 90% of bites and 60% of snakebite deaths.

He noted that snakebite occurs mainly during planting and harvest seasons, when people go about their work on the farm or in bushes.

“The cases increased recently because of excessive rainfall, leading to more morbidity and deaths connected with inadequate quantities of anti-snake-venom.

“States with the most cases of snakebites in Nigeria are: Gombe, Plateau, Adamawa, Bauchi, Borno, Nasarawa, Enugu, Kogi, Kebbi, Oyo, Benue and Taraba, “ he stated.

He noted that unfortunately Nigeria has been ranked among countries worst affected by snakebites, reaching epidemic proportions.

“At least a hundred thousand of them die from the bites and about 300,000 amputated or suffer other permanent disabilities caused by snake bites.

“In Africa, about one million snake bites occur yearly with half of them requiring treatment as Nigeria supports efforts to bring attention to snakebite and envenomation and the process leading to recognition of snakebite as a Neglected Tropical Disease (NTD), “he said.

The Minister of State further disclosed that in 2018. a coalition of organisations working on global health and tropical medicine around the world, including Health Action International, launched the first-ever international Snakebite Awareness Day, to raise awareness of the huge global impact of snakebite.

In his remarks, the Permanent Secretary, Alhaji Mamman Mahmuda, also disclosed that from January 2018 to December 2020, over 45,834 cases of snakebite and 1,793 deaths were reported in the country.

Mahmuda added that some cases remained unreported, since they were not reported to any health facility.

He said that the figure underscored the government’s determination to improve access to safe, effective, and affordable anti snake venom, to treat victims and why the country has been seriously pursuing steps towards local production of the anti-snake venom.

Meanwhile, the Programme Manager of the Snake Bite Envenomation Programme, Dr Fatai Oyediran, said that the International Snakebite Awareness Day, was meant to sensitise the populace on how to prevent the phenomenon.

He added that its occurrence was preventable and that the solutions lie in educating  the populations most at risk, understanding snake ecology and behaviour, to prevent snakebites and ensuring effective distribution of anti venoms.

Oyediran said it was costly to treat a snakebite patient, as it costs nothing less than N45 to N50 thousand to acquire each dose of injection and a patient would be needing three anti-venom injections to properly heal.

He, however, called for support for local manufacturing of anti-venom injection to make treatment affordable, available, accessible, and cost effective, for the common man, who cannot afford to pay when the accident happens.

He disclosed that in 2006, when the programme made a proposal of N1.8billion to the federal government, which was approved by the former President Olusegun Obasanjo’s government but was truncated, because the funds were not approved for the setting up, of the local manufacturing plants.

“Other moves to try and get resources to ensure the local manufacturing plants, to produce the anti-venom have not been successful.

“We have not succeeded in getting a new approval from the government, rather, we were asked to look in the direction of Public-Private-Partnership (PPP) arrangement.

“We are doing this currently with some of our partners which have been affirmed, we have about five groups that have shown interest in the local manufacturing plants, “ he said.