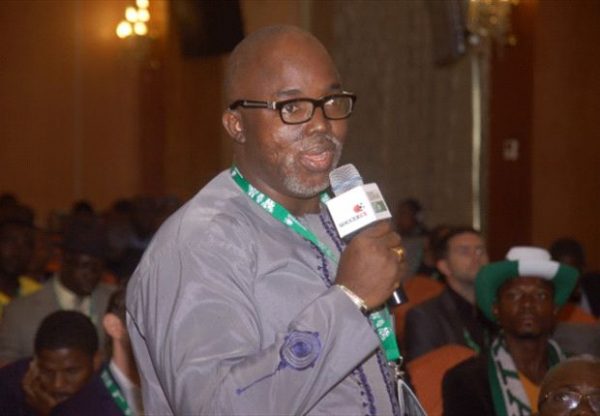 The President of the Nigeria Football Federation, Amaju Pinnick, has said Nigeria could co-host the tournament with Benin Republic or Ghana.

The Confederation of Africa Football on Thursday announced the withdrawal of the 2025 Africa Cup of Nations hosting rights that it granted to Guinea.

CAF announced Guinea as the tournament’s host on November 30, 2018, but the continent’s football body has withdrawn the mandate after the Executive Committee approved the decision to strip Guinea of the hosting rights.

The continent’s football umpire noted that giving the time frame for the tournament expected to hold June-July that year, Guinea was not ready.

CAF noted in a release made available to the media: “The Executive Committee was unanimous that Guinea will not be ready to host the competition.

“The Executive Committee took a unanimous decision based on the report as submitted that the tournament be withdrawn from Guinea.

“The President suggested that a delegation be sent to Guinea to inform them of the decision taken by EXCO.

“Resolution: The Executive Committee resolved to send a delegation to Guinea to inform them of CAF’s decision to withdraw the Africa Cup of Nations Guinea 2025 from Guinea.”

CAF has not however made any official statement on the replacement if Guinea loses the hosting rights.