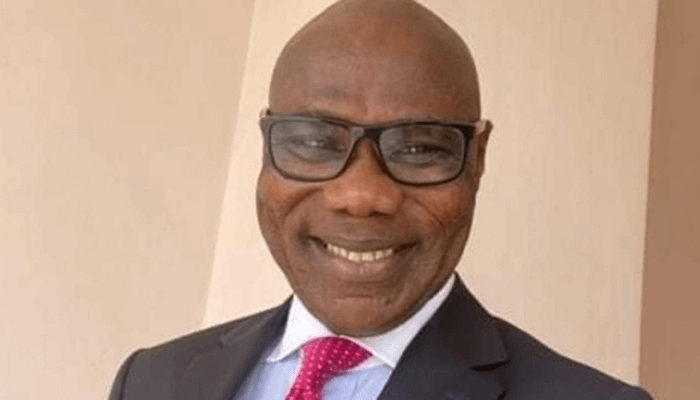 The Peoples Democratic Party says Nigeria needs its presidential candidate for the 2023 elections, Atiku Abubakar, to rebound its challenged economy.

Its National Publicity Secretary, Debo Ologunagba, said this at an interactive session with newsmen on Saturday in Abuja.

Ologunagba said Nigeria needed Abubakar because of his practical experience, capacity, broad-mindedness and will power to unite the nation, revamp the national economy, and guarantee security of lives and property in the country.

He said that from the consultations across the six geopolitical zones of the country, it was clear that Nigerians across board, irrespective of religion, ethnicity and even political affiliations, accepted Abubakar as the best candidate.

He said: “Abubakar as Vice President to President Olusegun Obasanjo was the Chairman of the National Economic Council.

“During that period, our nation achieved unprecedented national productivity, we also secured $30 billion overall debt relief from the Paris and London Clubs.

“Nigeria’s economy was revamped to become one of the fastest growing economies in the world with stable exchange rate.

Ologunagba added that under Abubakar as chairman of the economic council, Nigeria witnessed the liberalisation of the telecommunication industry and the advent of GSM and Internet facilities in Nigeria.

He added that the country also witnessed a boost in private Small and Medium Scale Enterprises in Nigeria.

He said: “More Nigerians opened investments in sectors hitherto controlled by foreigners, including in the downstream and upstream petroleum sectors.

“Owing to the conducive economic environment, there was increase in Foreign Direct Investment and more Nigerians in the Diaspora returned to establish businesses in the country

“There was also expanded and consolidated Nigerian banking industry to make it operate and participate effectively in global banking businesses.

“Nigeria achieved one of the most profitable Stock Markets in the world with an average Return on Investment of over 31 per cent.”

Ologunagba added that under Abubakar-led economy, the nation also achieved a Consolidated Pension System both in the private and public sectors.

“Under Abubakar as coordinator of the economy, Nigeria achieved economic rebound after military rule. Today Nigeria and Nigerians need Atiku Abubakar to achieve a rebound,” he said.

Ologunagba said that the party and its candidates, Abubakar and Ifeanyi Okowa, were prepared for issue-based campaign, which would be flagged off on Monday in Uyo, the Akwa Ibom State capital.

He said: “The PDP will take our campaign to all the states, local government areas, wards and polling units across the country under the unified campaign structure as approved by the National Executive Committee of our party.

“Our campaign will be people-driven and focused on PDP and Abubakar’s mission to rescue, rebuild and redirect our nation.”

Speaking on the All Progressives Congress nomination for the 2023 general elections, Ologunagba said that based on a recent Federal High Court judgment, the ruling party had no legally valid candidate for the elections.

He said: “As you are aware, the Federal High Court sitting in Abuja on Friday, September 30, 2022 nullified the candidature of Governor Gboyega Oyetola in the July 16, 2022 Osun State governorship election on the ground that his nomination was invalid.

“This is having been conducted and submitted by Governor Mai Mala Buni of Yobe State, in violation of Section 183 of the Constitution of the Federal Republic of Nigeria 1999 (as amended).”

Ologunagba says that for emphasis, Section 183 Constitution of the Federal Republic of Nigeria 1999 (as amended) provides that a state governor “shall not, during the period when he holds office, hold any other executive office or paid employment in any capacity whatsoever”.

Ologunagba said that the judgment reaffirmed the judgment of the Court of Appeal in the case of Jegede vs INEC that a violation of any provision of the Constitution of the Federal Republic of Nigeria 1999 (as amended), particularly as it relates to Section 183, portends grave consequences.

He said: “The import of the September 30 judgment of the Federal High Court is that every decision made by Governor Mai Mala Buni as Chairman of the APC is null and void as you cannot place something on nothing and expect it to stand.

“Consequently, the Congresses as well as the National Convention which produced APC Excos, including the Senator Adamu Abdullahi-led NWC, is void

“In effect, the primaries and presidential convention conducted by the Senator Adamu Abdullahi-led NWC, including the nomination of Senator Ahmed Bola Tinubu, as presidential candidate of the APC is invalid, null and void ab-initio.”