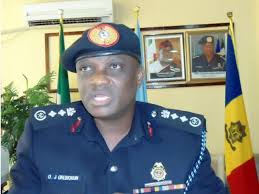 Olusegun Okebiorun, the Comptroller General, Federal Fire Service, on
Friday said the country loses over N50 billion annually to fire
disasters.
Okebiorun said this on Friday when he paid a courtesy call on the
Director General of the National Orientation Agency, Mike Omeri, in
Abuja.
He said that the worst fire disasters were recorded in 2011, with
loses well over N200 billion to the nation.
He said that the nation’s capital recorded an average of one fire
incident in two days, while Lagos, being the commercial capital,
recorded an average of one fire incident in five days.
The CG said that since NOA had distinguished itself as an effective
tool for mass sensitisation on safety related concerns, the FFS had
deemed it fit to partner with the NOA.
He said that partnering with the agency would stem the ugly trend of
destruction by fire, while describing safety as man’s most basic need.
Okebiorun said that the service was committed to ensuring fire safety
in all government and private buildings across the country.
He said that the Fire Safety Code was underway and would soon be
signed into law after the due legislative processes.
He said that when passed, the Fire Safety Code would prohibit the
construction of buildings in the country without adequate fire safety
measures.
Responding, Omeri said that the agency would embark on sensitisation
campaign that would create awareness on fire safety for the public.
He said that the decision to embark on the campaign was informed by
several letters from rural communities across the country requesting
NOA to intensify efforts toward creating awareness on fire safety.
Omeri said that it was necessary for the agency to also sensitise the
public on safe use of generators at the grassroots.
He said that the risk of poisoning from generator fumes were also on
the increase across the country and the agency’s campaign was being
designed to cover awareness on the issue.
The NOA boss said that the agency was working with the FFS, the
National Emergency Management Agency and other stakeholders to achieve
success in the mitigation of disasters in the country.
He said that it would also enhance the preparedness of Nigerians to
manage disasters if they do occur.
Omeri said that practical preparedness training would of a fire drill
to be organised at the headquarters of the NOA by the FFS and
replicated in other government ministries, departments and agencies.