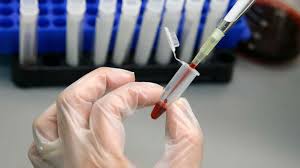 Joint United Nation Programme on HIV/AIDS on Thursday in Abuja says 1, 366, 383 people living with HIV and AIDS were enrolled on treatment by March 2017.

Dr Bilali Camara, UNAIDS Country Director told the News Agency of Nigeria in Abuja that Nigeria was able to achieve the progress because it adopted the ‘test and treat policy’.

The country director said that the policy ensure that people who tested positive were enrolled on treatment regardless of their ‘CD4 count’.

CD4 Count Test is a laboratory test that shows how well the immune is working and the strongest predictor of HIV progression.

According to him, data has shown that by the end of 2015, no fewer than 800,000 people living with HIV and AIDS are on anti -retroviral treatment.

He said that between now and the end of 2017, 328,000 people living with HIV and AIDS were expected to be enrolled on treatment.

He said if similar trend continues, it means by the end of 2018, one million five hundred thousand Nigerians will be on treatment which is a right direction towards ending HIV and AIDS in the country.

He said: “When I assumed office as the UNAIDS country director in March 2013, the number of people on treatment for HIV/AIDS were below 500, 000.

“I am leaving Nigeria as an accomplished man because as of this June, we have more than one million people on treatment.’’

The UNAIDS Country Director said the changes was the result of the two and half years advocacy for policy changes to fast-track ending HIV and AIDS in Nigeria.

We have identified contact persons with COVID-19 victim – Lafarge Africa