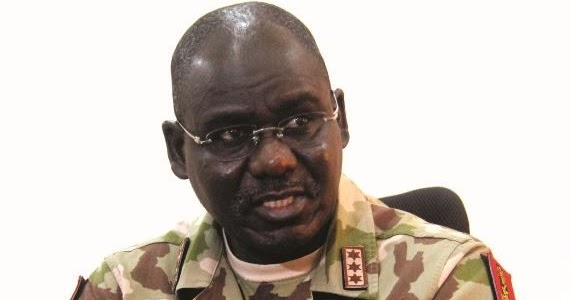 The Nigerian Army on Friday completed pre-deployment training for 185 troops for peace keeping mission in Guinea Bissau.
The News Agency of Nigeria reports that the 185 troops began their pre-deployment training on January 6 at the Martin Luther Agwai International Leadership and Peace Keeping Centre, Jaji, Kaduna State.
The Chief of Army Staff, Lieutenant General Tukur Buratai, said the troops will be Nigeria’s Company 8 in the ECOWAS Mission in Guinea Bissau.
Buratai was represented by Major General Kelvin Aligbe, Commandant, Nigerian Army School of Infantry.
Buratai said the graduation further confirmed the commitment of Nigeria to deploy quality peacekeepers as part of its contributions to the quest for global peace and security.
He explained that the pre-deployment training was aimed at refreshing and polishing their knowledge and expertise in peace support operation.
He said: “The training was to equip you with the requisite skills required to protect yourselves, ECOWAS Mission in Guinea, equipment and the citizens of Guinea Bissau, your host nation, while carrying out the mission’s mandate.”
Buratai cautioned the troops to avoid any ugly incident that could tarnish the image of the Army and Nigeria during their stay in Guinea Bissau.
He said: “Let me categorically state that you are to discharge your duties in consonance with the mission’s mandate at all times.
“I must also remind you that the rules of engagement in the mission give you the latitude to exhibit utmost professionalism in the discharge of your responsibilities.
“Additionally, you must respect the culture and religious sensitivity of the people of the host nation and must not involve yourselves in trafficking of illicit substance of any kind.”
Buratai said ECOWAS Mission has zero tolerance to sexual exploitation and abuse.
He added: “The Nigerian Army and indeed the government will also not tolerate the contravention of these policies.”