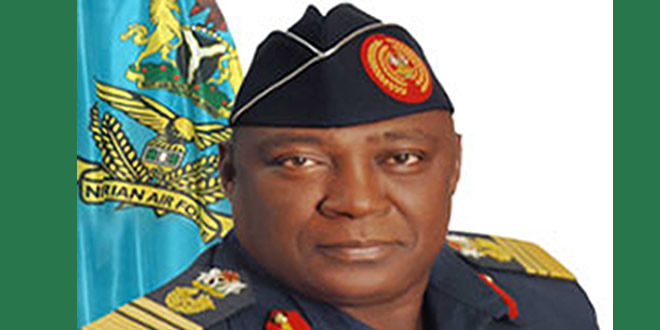 Nigerian and Chadian Armed Forces on Friday in Abuja further reaffirmed their countries’ commitment to end the Boko Haram insurgency in the sub-region.
The commitment was made when the Chief of Defence Staff of Chad Republic, Major General Mahamat Ibrahim, visited his Nigerian counterpart, the Chief of Defence Staff, Air Chief Marshal Badeh, at the Defence Headquarters.
Badeh said several meetings had been held under the auspices of the Lake Chad Basin Commission toward eradicating the insurgency.
He said the meeting with the Chadian CDS was a follow-up to the discussion that he and the Chief of Army Staff of Nigeria

held in Ndjamena on January 18, 2014, where a Memorandum of Understanding was signed.
He said: “And we have just made an addendum to the MoU that we signed on the January 18.
“And as a result of the bilateral agreement we had, we are already seeing the benefits of the agreement.”
Badeh said Chadian soldiers were working around Fotokol, Gamboru Ngala, while Nigerian troops were operating from the southern part so that both forces “could meet somewhere in the middle and finish this once and for all”.
Je said: “We have been working with them.
“They came in now to clear some grey areas.”
The CDS said that he was aware that Chad was bringing about 2,500 soldiers “and Nigeria

is taking all its forces, but specifically to work with Chadian forces, we have 5,000.”
Earlier, the CDS of Chad Republic said the visit was to discuss the issue of Boko Haram with their Nigerian colleagues.
Ibrahim said the discussion would be on how the two

countries would coordinate and work together to defeat the insurgents.
He said: “As you are aware, our forces are already on ground.
“We had before now engaged the insurgents.
“And the essence of our visit is to see how we will relate and see how we will destroy this insurgency that is not only in our region but also the entire sub-region.”
The News Agency of Nigeria

at the meeting were top military officers from both counties.