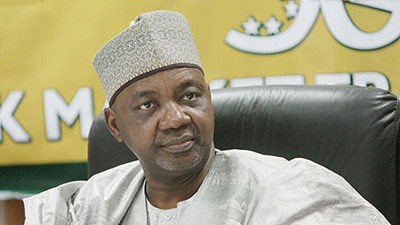 Nigeria and Canada on Thursday signed the Foreign Investment Protection Agreement in Ottawa, the Canadian capital.
Vice President Namadi Sambo witnessed the ceremony while Nigeria’s Minister of Trade and Investment, Dr. Olusegun Aganga, and Hon. Ed Fast, his Canadian counterpart, conducted the signing of the agreement.
Earlier on arrival at the Canadian Parliamentary building, the vice president held a closed doors meeting with the Canadian Prime Minister, Stephen Harper.
The meeting centered on Bi-national Commission and other sundry matters.
At a meeting with Hon. Ed Fast, Canadian Minister of International Trade and Minister for the Asia-Pacific Gateway, Sambo used the opportunity to detail the Nigeria’s journey to prosperity. He dwelt on efforts directed at infrastructural development such as power, transportation, and Agriculture.
He noted the expertise of Canada in hydro power and briefed the Minister of the progress recorded on the Zungeru power project, with the signing of a $1.3 billion contract.
On completion, the power plant will generate 700 megawatts of electricity.
The Mambilla project, which is to cost $6.4 billion, when completed will generate 3,050 megawatts.
Gurara phase two, pursued on a Public-Private Partnership arrangement, when completed will generate 360 megawatts.
Sambo also spoke on minerals exploration efforts, implementation of the transportation master plan, dredging of River Niger up to Baro up north and Benue river up to Adamawa.
The vice president noted that in spite of all these efforts, the greatest challenge faced by the Nigerian entrepreneur is access to cheap funds.
He stated that loans granted by multilateral agencies are channeled through local banks that structure them in their traditional system.
He requested Canada to support the Nigerian economy.
Speaking, Hon. Ed Fast used the occasion to express Canada’s gratitude over the manner the issues surrounding the Manitoba Hydro Power Plant was resolved.
He promised to address the request by Nigeria over fumigation of her wheat imports.
As regards provision of profitable loans, he promised to take a second look at Nigeria’s request, noting, however, that they do not interfere with the decision making process of their banks even though they are accountable to the Minister. He solicited for Nigeria’s support to stop Qatar from acquiring the International Civil Aviation Organisation, stating that ICAO has a negotiated agreement for a further 20 years with Canada.
Present at the occasion were the Governors of Akwa Ibom and Gombe States, Barrister Godswill Akpabio and Alhaji Ibrahim Hassan Dankwambo; the Ministers of Trade and Investment and Foreign Affairs Dr. Olusegun Aganga and Olugbenga Ashiru; the Minister of State for Power, Zainab Kuchi; Senator Iyiola Omishore; and Nigeria’s High Commissioner to Canada, Ambassador Ojo Madueke.
Sambo is in Canada for the Canada-Nigeria Investment Conference holding in Toronto, from May 2 to 4, 2013.
The Conference is aimed at showcasing Nigeria’s investment potentials, as well as provide the platform for the robbing of minds between the Nigerian and Canadian business communities.