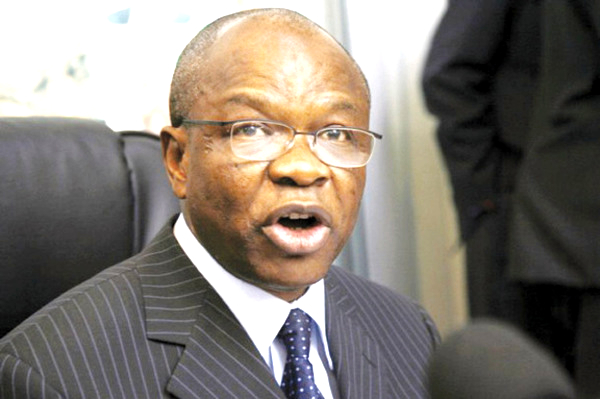 Nigeria’s former electoral umpire, Professor Maurice Iwu, in this interview, veers into the world of herbal medication. He says Nigeria’s potentials are many, saying two of them are herbs and medicinal foods, both of which, according to him, can earn the country at least $1 annually. Excerpts:

This year’s HerbFest is getting huge attention. What marks it away from the previous ones?

Two things: It is the first HerbFest that is dedicated exclusively to food plant – the emphasis is on food medicine. The other reason is that there are some exciting new products that will be launched at HerbFest 2013. The previous four editions had been mainly on medicinal plants. This time, there are many Nigerian companies that have gone into dietary components and are launching new products. That is why we think this year’s own has to be done in a special way. That is why we are partnering with some media organisations to promote the event so that it will become a Nigerian event. In America where they have what they call NaturalExpo, they hold the event three times yearly. They use the event to showcase to people from other countries who attend what they can do . They use the event to shop around for new ideas. In this year’s HerbFest some foreigners are attending. They will look at Nigeria’s capabilities and see what they can buy from our scientists and our manufacturers.

Can you be specific on the countries attending the Expo?

US, Britain, South Africa , some West African countries, etc. Some of their top pharmaceutical companies are attending. We don’t have the exact figure of the countries that are coming; we will know when the day comes. Remember this is the only event that happens in Africa where you really have manufactured dietary supplements and medicinal plants products on display. This year’s case, as I said earlier, will be different because it is focusing on ‘foods as medicine’. We will be able to showcase what has been done in various parts of Nigeria; our raw materials, how far we have been able to process them. One other thing that is also exciting this year is that since the last two years, two West African products have met international standards. They’re making waves. One is called the African Bush Mango; that you can use Ogbono fruits for slimming down. If you Google the Internet, it is the number one medicine for weight loss. The second product that has made it to the international market is Moringa. It is a plant that is used by the Hausa people for cooking soup. It is a very good medicine. Although we the scientists have known this for the past 25 years, within the last two years, it has become popular in the international market. The whole idea is to take a product and promote it. We have looked at the whole issue of ageing. We have come up with a product that will make old people to function maximally even at old age. What happened here is that we have been able to get a particular mushroom that grows on the head of caterpillar. It is an ancient mushroom. We combined it with two other products to have a unique product that will make ageing not to be seen as a disease. You can age and, just like any other kind of organic function, you can function effectively.

That means it makes your brain to function well?

Every part of your body; even physically. We have things for brain health. We have another mushroom that is good at helping you adapt and make diseases not affect people or succumb easily. There will also be a talk about actual domestication of some white plants that people will show how they’ve been able to cultivate hitherto plants they have not been able to cultivate. This is a component of agriculture that people are not very aware of. It can compete favourably with other aspects of the economy. The market estimate for this sector is $40 billion annually. This is something that Nigeria should be able to have a platform for people to view our capability as a nation and be able to interact among scientists and businesses. It is the only platform we have on the continent where we can have this kind of interaction. It is not entirely economic, industrial or scientific. The participants will be able to interface.

What is the level of involvement of government in HerbFest ?

Luckily for us, we have the Nigeria Natural Medicine Development Agency. The agency has been partnering with us for about 10 years now. We also have a full retinue of government agencies that are involved. The commitment is not necessarily in terms of money. Sometimes it is encouragement. The place we are having the event is at Raw Materials Research and Development Council. We also have NAFDAC which is the regulatory agency. NAFDAC has played a wonderful role by setting the standard for the products. That gives foreigners good feelings in terms of knowing that those products have been regulated. NAFDAC is very stringent in making its rules. We also have the government-owned research agency. Even the active participation of these agencies alone is a form of support to us. It is a sector that doesn’t really require government intervention. But if you help universities to be strong in departments of biology, pharmacy, bio-chemistry and economics, it will be good. There is no aspect of our academia that is not useful for the kind of work we are doing. That is something that can open the economy to a whole new dimension. We also have farmers who are specialised in these kinds of crops. We have people who can grow tomatoes for example – Tomatoes, not for food only, but as medicine. Raw tomatoes are good for men suffering from prostrate disease. There are so many aspects of it. There is the leaf, for example, for stress. There is this thing called Ukpo and it’s used for cooking. It is very good for male libido. I just saw a packaged product few minutes ago for that. If you turn it the other way round, it helps in female libido too.

How many participants and corporate bodies are you expecting?

We are targeting about 200 people. It is a specialised event. But the number may be higher since it is a public event and it holds in Abuja.

Are lecturers in universities and research institutions involved?

Yes, universities are very actively involved. We have people that are coming from the Universities of Lagos, Obafemi Awolowo, Jos, Ahmadu Bello, UNN, among others.

How much does Nigeria stand to gain annually from this?

It is difficult to estimate. It is an informal sector. Very easily, I don’t see why the nation cannot generate $1 billion annually from this. It is just in terms of monetary value. The jobs that you create, the healthy nation that you have, the impact you have in the society are unquantifiable. Nigeria spends more than that buying Chinese products. When some people travel, half of their boxes are filled with vitamins. Our own tea manufacturing companies are struggling because they are not patronised by our people. One of the outcomes we expect from this festival is to have an undertaking to have it as an annual event. The industry has come of age and we can have it annually. The second thing is that we will be talking among ourselves and have a monograph of current products that are in current use. What that does is that it will help researchers and the market people know what the standards are. Those are the behind- the-scenes things that will come out of the event.

Where is the place of Nigeria in this sphere of medicine?

Nigeria is in a very peculiar situation. We are not in the top league when it comes to people who export herbal products. We talk about South Africa, Ghana and even Kenya. It was during the recent fire incident in Kenya airport that I was shocked of the number of flowers and herbal products they export everyday. They were making about $3 million everyday. You’ve even our neighbouring Cameroon here. Apart from kolanuts, Nigeria is minimal in that area. We want Nigeria to compete in terms of the finished products.
Vanguard.