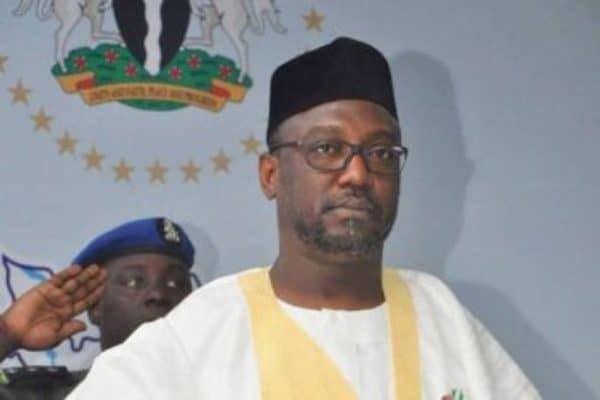 As part of efforts to tackle the COVID-19 pandemic, the Niger State Government on Wednesday said it has trained 457 health workers and recruited 20 adhoc staff that will man molecular laboratories across the state.

While addressing newsmen shortly after the weekly meeting with members of the State Task Force on COVID-19, the Governor, Abubakar Sani Bello, said plans are at an advanced stage to increase testing capacity and reduce turnaround time for the release of results.

Bello however frowned at the nonchalant attitude of the public, saying: “Despite all measures put in place by government to curtail community transmission, people still flagrantly breach the COVID-19 order of social distancing at public places and wearing of face masks.”

He explained that the State Government has strengthened its surveillance system to detect any case of Coronavirus Disease as well as investigate and monitor any outbreak, adding that drugs, medical supplies and personal protection equipment have been positioned at the isolation centres.

According to him: “We have trained 457 health workers and recruited 20 adhoc staff that will man the laboratory and there is a testing centre at the General Hospital, Minna to increase testing capacity and reduce turnaround time for the release of COVID-19 results.

“It is regrettable that closure of inter-state borders have not been very effective, while commercial motorcyclists and other commercial drivers are seen flouting government’s orders without much ado.”

Governor Bello consequently announced a total ban on the operation of Commercial Motorcycle (Okada) for the next two weeks, while the status quo remains on all other measures put in place in the last two weeks.

While reiterating government’s commitment to the safety of its health personnel and indeed the State COVID-19 Task Force members, Bello assured that government will deal decisively with any attack on its frontline workers.

The Governor urged the general public to be more vigilant, adhere strictly to personal hygiene, observe social distancing at public places, wear face masks and seek medical attention in the event of symptoms such as fever, cough and catarrh.

“Let me also call on individuals with travel history from states with cases of Coronavirus Disease to ensure they self-isolate and promptly report to the nearest health facility,” he added.

Earlier, the Vice Chairman of the state Task Force on COVID-19 and Commissioner for Health, Dr. Muhammad Makunsidi, disclosed that the state received a total of 252 signals of suspected cases, investigated 235 and collected over 202 samples for testing.

According to the State Taskforce Vice Chairman, 10 of the samples were returned positive, out of which two persons have recovered and discharged.

Makunsidi said 125 persons were confirmed negative, 67 results been awaited, 95 in quarantine facilities across the state, while 156 people who have completed their two weeks mandatory quarantine have been allowed to go home.

He also disclosed that the state received a total of 41 returnee Almajiris, while 22 have been reunited with their families, adding that the state is also making arrangements to repatriate Almajiris to their various states of origin.