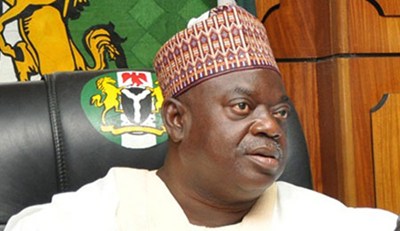 The Niger State office of the Millennium Development Goals says with less than three years to the end of the 2015 target, it has so far expended N6.6billion on projects across the state, achieving goals number 2, 7 and 8 within the period.
The MDGs intervention programme areas under goals number 2, 7 and 8 include education, water supply, poverty alleviation mostly at the rural areas.
The Director General of the state MDGs, Alhaji Dattijo Aliyu, who disclosed this during an interactive session with newsmen in Minna, the state capital, on Monday, said that after the last implementation assessment of the programme in 2011, Niger State was adjourned the best performing state in the implementation in the country.
Aliyu pointed out that Goals 3, 4, 5 and 6, which are targeted at the promotion of gender equality and women empowerment, reduction in child mortality, improved maternal health and combating HIV/AIDS, malaria and other diseases, can only be achieved with a strong political will and sustained effort of all stakeholders.
The eight Goals of the MDGs, he said, are time bound and therefore has less than six months to fold up its activities but added that the report of the Department For International Development for 2005 to 2011 indicated that Nigeria is likely to achieve some out of the eight goals of the programme.
Aliyu stated further that both the Federal and the State Governments contributed N3.3 billion each towards the programme, adding that the main challenges of the programme was in the area of project supervision, which he blamed the benefiting community that fail in their duty of protecting the projects.
He, however, commended the state Governor, Dr. Babangida Aliyu, for his commitment to the success recorded by the MDGs programme in the state.