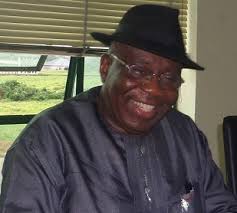 Share
Facebook Twitter LinkedIn Pinterest Email
The Ijaw National Congress on Monday urged the Federal Government to use dialogue in resolving issues in the Niger Delta.
The President of the Congress, Boma Obuoforibo, said in Port Harcourt, Rivers State that the military option would not be in the interest of the people of the region.
Obuoforibo said: “We call on President Muhammadu Buhari to disregard calls for military campaign against the restive youths as peaceful discourse remains the best option in resolving the issues in the Niger Delta.”
Obuoforibo said the use of dialogue had become necessary since the youth had heeded calls of elders and leaders within and outside the region and were ready to talk with government.
Obuoforbo stated: “It is expedient that comments and actions that would aggravate the situation should be avoided.
“We equally implore the government to urgently demilitarise and withdraw the military from all of our communities.”
According to Obuoforibo, Ijaw people are not adverse to the government of President Buhari.
Obuoforiobo also said: “We commend the president for the launch of Ogoni Clean-up and steps taken so far for its full implementation.
“We hope that other areas in the Niger Delta equally impacted will be given similar considerations.
The president said one major reason the crisis in the Niger Delta had lingered without any meaningful solution was insincerity on the part of successive governments and operators of the oil sector.