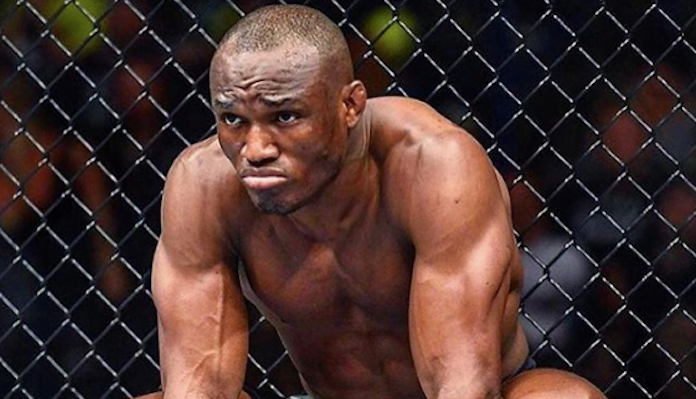 Abike Dabiri-Erewa, Chairman/CEO Nigerians in Diaspora Commission, on Sunday congratulated Nigeria’s Kamaru Usman for retaining his Ultimate Fighting Championship welterweight title at UFC 245 in Las Vegas, Nevada after knocking out Colby Covington.
Dabiri-Erewa praised Usman in a statement by the commission’s Head of Media and Public Relations, Abdur-Rahman Balogun.
She said by the wonderful feat, Usman had brought honour and glory not only to himself but to the African continent as well.
Dabiri-Erewa, who barely a week ago extended the same courtesies to Anthony Joshua, another Nigerian, for reclaiming his world heavyweight titles, said the Nigerian-American mixed martial artist recorded his name in the history book of wrestling by becoming the first African champion in the Ultimate Fighting Championship.
“This is something to be proud of,” she said.
The NIDCOM chief, therefore, urged him not to relent in bringing more honour and glory to the country.
Dabiri-Erewa appealed to Nigerians living abroad to continue to be of good behaviour and to “show that Nigerians can be great wherever they find themselves”.
The News Agency of Nigeria reports that Usman, who hails from Edo State, traveled to the US at the age of seven.
While in high school, Usman became a top-rated wrestler with an outgoing record of 53 wins and three losses.
Since joining the UFC, Usman has slowly worked his way up the ranks from a rookie to a title challenger in just a few years.
In July 2015, Usman won the Welterweight Division of the UFC against American fighter, Heither Hardy.
Usman is the seventh ranked pound-for-pound UFC fighter.