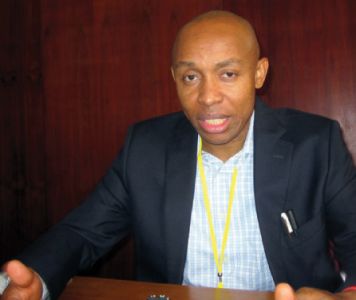 The National Human Rights Commission has called for transfer of students in the eight unity schools in Adamawa, Borno and Yobe States to other schools.
This was contained in a statement signed by Chairman, Governing Council of the commission, Prof. Chidi Odinkalu.
The commission issued the statement following the killing of scores of students at the Federal Government College, Buni-Yadi, Yobe State.
“In the interim, proposals for the transfer of children in the eight Unity Schools in Adamawa, Borno and Yobe to other schools outside the region, should be taken seriously,” the statement said.
The commission equally called on the National Assembly to urgently reconvene plenary in memory of the dead children and all others that died in the ongoing crisis in the North East.
Odinkalu said there was no way to minimise the shock and tragedy of the killing of innocent students, adding that the perpetrators clearly did not wish Nigeria well.
“Words are insufficient to comfort parents of the affected children as the killing of children is any parent’s worst nightmare,” he added.
He said it was painful that the students were killed while exercising their right to educational pursuit.
Odinkalu said: “The pursuit of education cannot be a cause for the mass murder of innocent children.
“These children were killed while exercising their right, and education is a basic right guaranteed in the Universal Declaration of Human Rights, the African Charter on Human and Peoples’ Rights, and the Constitution of the Federal Republic of Nigeria.”
He said it was disheartening to note that children, who were symbols of the country’s unity, had become sacrificial offerings in some people’s project toward disunity.
The President, Nigeria Bar Association, Okey Wali, called on President Goodluck Jonathan, security chiefs and governors of affected states to intensify efforts in addressing insecurity.
“We call on the President Goodluck Jonathan, the service and security chiefs and governors of the affected states to intensify efforts to address the increasing security challenges that we are currently facing in Nigeria,” Wali said in the statement.
“This carnage must stop,” the statement read in part.