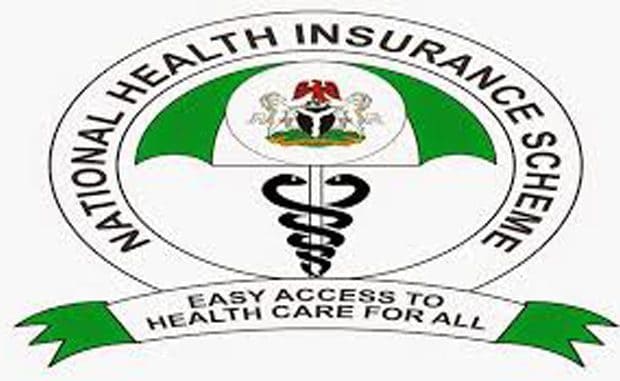 As the National Health Insurance Scheme observes its 20th anniversary, the scheme on Friday in Abuja unveiled the profile of the newly appointed Executive Secretary, Prof. Mohammed Nasir Sambo.
Ayo Osinlu, the Head Media and Public Relations of the agency, said in a statement that the NHIS was established by Decree No. 35 of 1999.
Osinlu said as Nigeria observes the 20th anniversary of the establishment of the NHIS, President Muhammadu Buhari presented the agency with a new lease of life, an opportunity for self-reinvention and acceleration.
He acknowledged that Buhari appointed the most appropriate new executive secretary and chief executive officer for the agency.
Listing the profile of the NHIS boss, Osinlu said Sambo, until his appointment was the Provost, College of Medicine, Kaduna State University.
He said Sambo, a Professor of Health Policy and Management, had a huge academic and operational interest in Health Care Financing, which made him a perfect fit for his new role as the nation’s number one healthcare financing sheriff.
He said: “As an academic and a technocrat, Prof. Sambo is well seasoned and thoroughbred, reason for the tangible excitement in the industry at his arrival especially at this critical moment in the chequered history of NHIS.
“A season when the agency has an urgent need of the right calibre of leadership to redefine and reassert itself.
“He graduated with an MBBS from the University of Jos in 1993, and a distinguished Fellowship of the West African College of Physicians in 2003, where he was the Best Candidate in the Final Fellowship examination.
“In the academic wing of his illustrious public service career, Prof. Sambo had acquitted himself the positions of Deputy Dean, Faculty of Medicine, and Head, Department of Community Medicine, both at the Ahmadu Bello University, Zaria.’’
Osinlu said the new executive secretary was prominent when the building blocks of NHIS were being moulded, having served in the scheme previously as Assistant Director/Zonal Coordinator in the South West Zone.
He added that Sambo was also the Assistant General Manager and Head of HMO Division at the NHIS Headquarters, in Abuja.
He said Sambo embraced the sister-agency on the supply side of Healthcare delivery, the National Primary Healthcare Development Agency where he was Assistant Director and Zonal Coordinator, North West Zone of the agency.
He said: “Prof. Sambo’s skills for health policy development found ample expression during the tenure of Professor Eyitayo Lambo, as Honourable Minister of Health, during which the Executive Secretary served as a Member of the Ministerial Technical Working Group.
“That developed the National Healthcare Financing Policy, a framework that largely facilitated the formal flag off of NHIS in June 2005 by President Olusegun Obasanjo.
“He was also a member of the Ministerial Technical Working Groups for the Public Private Partnership Policy on Health, the National Health Strategic Development Plan, and the all-important National Health Policy.’’
He said Sambo’s scholarly distinction attracted national and international institutions, which engaged him as Consultant or Resource Person for strategic activities, such as the Health Sector Reform Agenda of the Federal Ministry of Health.
Others include Blueprint for Accelerating Primary Health Centre Implementation in Nigeria, National Strategic Framework Development Committee of NACA and the National Health Council of Nigeria.
Osinlu also mentioned that Sambo was an Examiner, former Head of Quality Assurance, Faculty of Community Health and member of the Accreditation Team of the West African College of Physicians.
The spokesman said that Sambo holds the impressive distinction of being a Visiting Scholar at the University of Aberdeen, Scotland, United Kingdom.
He said: “Under the wings of his academic mentorship, the Executive Secretary of NHIS has nurtured into full bloom several candidates for Fellowships, Post Graduate qualifications in Public Health and Field Epidemiology and Ph.D.
“A proud recipient of the Vice Chancellor’s Award at ABU, Zaria. He holds a Masters degree in International Affairs and Diplomacy.
“Prof. Sambo, an authentic and remarkable scholar has his indelible footprint on the sands of time, through the publication of over 70 of his scholarly articles in reputable Peer Review Journals, nationally and internationally.
“He is happily married and blessed with children.’’