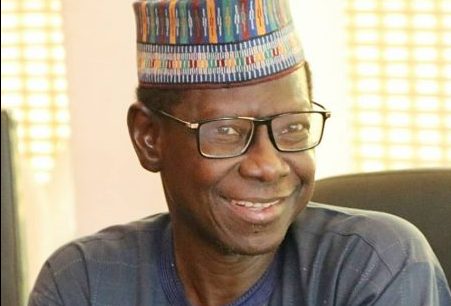 The Nigerian Guild of Editors has congratulated its former President, Malam Baba Dantiye, on his 60th birthday.

The Guild, in a statement co-signed by its President, Mustapha Isah, and General Secretary, Mary Atolagbe, wished Dantiye, whom it described as a detribalised Nigerian, many more years filled with wisdom and good health in his continuous service to the Nigerian media industry and the country at large.

Dantiye, an alumnus of the prestigious National Institute for Policy and Strategic Studies, boasts of close to 40 years media industry experience, serving in various capacities, including as a crime and judiciary correspondent.

He later rose to become the Editor of the Kano-based Triumph Newspapers.

He served the Nigerian Guild of Editors in different capacities, and was elected General Secretary in 2001.

It was during his tenure that the All Nigeria Editors’ Conference was first held.

The forum was later included in the Guild’s Constitution as a mandatory annual event.

“He also served on the National Steering Committee of Vision 2020-20.

“This astute media personality served as spokesman to two governors in Kano State with distinction; first as Director of Press to former Governor Rabiu Musa Kwankwaso and later as Director-General- (Media), to the current governor, Dr. Abdullahi Ganduje.

“He was later appointed as Permanent Secretary, before his retirement from the state’s civil service.

“He is now a full-time Media Consultant.”