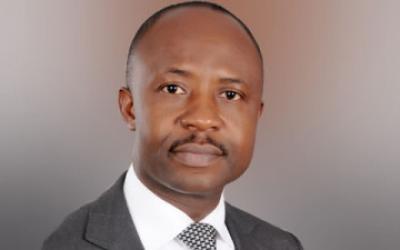 In spite of the plans of the Nigeria Football Federation to shift its elections to a later date, the Minister of Sports and Chairman of the National Sports Commission, Dr. Tammy W. Danagogo, has ordered that the exercise holds on August 26 in Abuja.
In a statement released to the press in Abuja, Danagogo wished all delegates, candidates and stakeholders a very successful congress.
The minister claimed that the resolutions reached during his meetings with the Aminu Maigari-led faction and the Mike Umeh-led faction of the NFF was that the elections will hold as scheduled on August 26.
He added that the advisory letter from FIFA, dated August 14, 2014, which stated inter alia, “…it is advisable that major decisions are frozen until after the elections of 26 August…” and that nothing has happened to alter that position.
Danagogo added that all parties who were genuinely interested in participating in the NFF elections and felt disenfranchised ought to file their complaints and seek redress through available channels, including the Elections Appeals Committee, it is time for all parties to put aside their personal ambitions and promote the corporate good of Nigerian Football.
Danagogo said he is looking forward to a cordial and prosperous working relationship with the board that will be inaugurated after the elections of August 26, 2014, in Abuja to take football in Nigeria to greater heights.