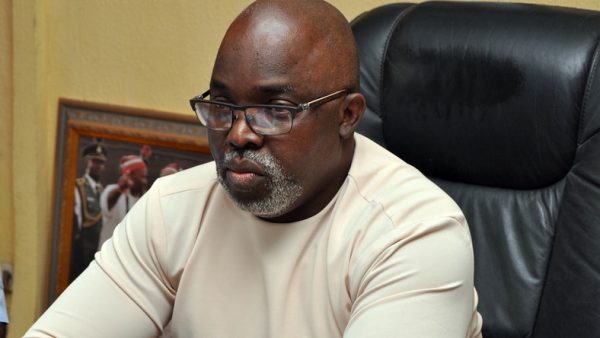 Some Football stakeholders have expressed mixed reactions to the order of a Federal High Court in Abuja, restraining the Nigeria Football Federation (NFF) from holding its elective congress.

A Federal High Court, Abuja, had on Thursday, restrained the Minister of Youth and Sports, Sunday Dare and  NFF President, Amaju Pinnick from conducting the NFF executive election scheduled for September 30 in Benin, Edo State.

Justice Inyang Ekwo, in a ruling on an ex-parte motion moved by counsel for the claimants, Celsus Ukpong, ordered the minister, Pinnick or any person, acting on their instruction, to maintain the status quo.

This, he said, was pending the hearing and determination of the motion on notice for interlocutory injunction.

Speaking with the News Agency of Nigeria (NAN) Friday, a cross section said the court order was necessary, others said it was uncalled for, adding that the timing was wrong.

Victor Baribote, a former Chairman of the Nigeria Premier League (NPL), said that the court order was necessary after the NFF failed to follow the demands of the Players Union since 2021.

Baribote who is also a second claimant/applicant to the suit against the NFF, said that the position of the Players Union was also highlighted by President Muhammadu Buhari.

“The court order is in respect of equal representation amongst the five statutory members which has been communicated to the NFF in 2021 by the Players Union in writing.

“This is in line with the relevant provisions of the Statutes of NFF, of which Buhari also buttressed same position through the Minister of Sports which the NFF ignored.

“Let us amend the Statutes where one member amongst the five is having 37 votes, while the remaining four are having seven that is what that order is saying.

“All we are saying is that, let the right things be done so that we can sanitise the system that some of us are so passionate about,” he said.

Christopher Molokwu, a Sports journalist, on his part said he didn’t see anything wrong with the court order but however said he was worried about the timing.

“While I see the wisdom in this injunction, I can’t help but wonder if it is not coming at the wrong time.

“Congress will have to seat to ratify this request and the next congress is expected to be an elective one. So what’s the way forward?

“All I am trying to say is that a fire brigade approach at election periods is not good enough for our integrity,” he said.

Chinedum Ohanusi, a Sports journalist said all the fears raised about a possible FIFA ban was unrealistic, adding “he who is down already, fear no fall anymore.”

“All these talks about FIFA sanction do not hold water. I don’t think we will get to FIFA sanctions, if we handle the issue professionally.

“However, we may not escape a normalisation committee of FIFA, but some people got to pay for it at the end.

“Besides, with the Super Eagles not qualifying for the World Cup and unable to make it past the group stage of the AFCON in Cameroon.

“Also coupled with Falcons dismal outing in Morocco, as well as Falconets misfiring at the FIFA U-20 Women’s World Cup in Costa Rica; we are already serving a technical suspension.

“So, what are we talking about? There is no better time than now to get it right. So, if it takes the court to restrain the NFF Elective congress from taking place, so be it,” he said.

Patrick Ngwaogu, a former Sporting Director of Abia Warriors FC, said the case was a straight forward one and not as complicated as is been perceived in some quarters.

“This is a very straight forward case; the court has restrained all the parties from organising any election into the executive committee of the NFF and ordered that status quo should remain until the case is determined.

“The implication is that those looking forward to NFF Board to leave office on Sept. 30, will have to wait a little longer,” he said.

Ngwaogu who is also a former first Vice Chairman of FCT Football Association, explained that the status quo ‘order’ referred to was for things to return to where it was before then.

He stressed that the ‘order’ also meant Amaju would have to be in office until such a time that the case would be determined.

“Unless, the unexpected happens, which I don’t know where it will come from, Pinnick will remain the president of NFF beyond Sept. 30.

“The good thing is that if the case scales through, maybe the Congress of the NFF will be expanded to enable other stakeholders to come into it,” he said. NAN