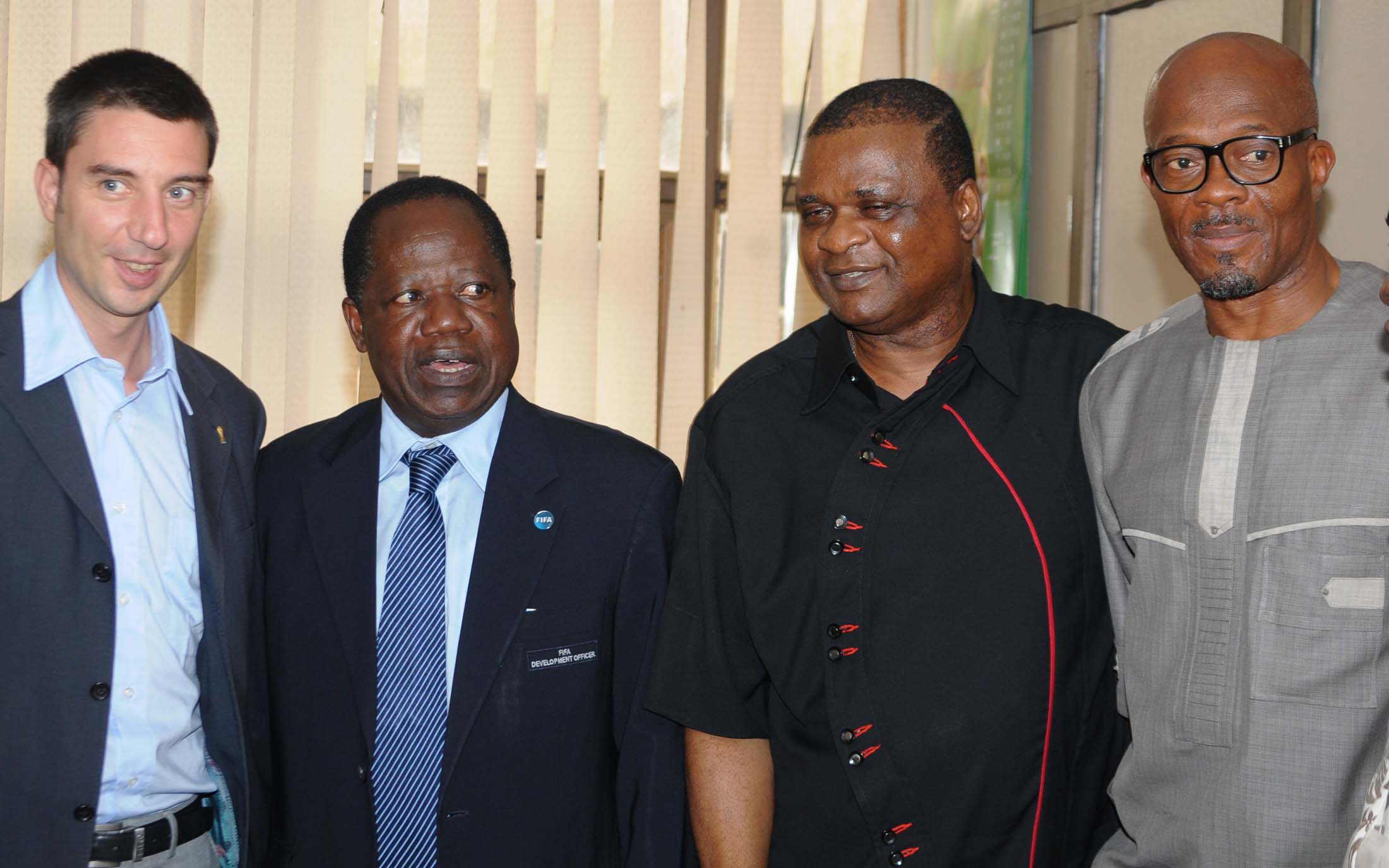 The Nigeria Football Federation has notified all clubs whose players are in the U-23 National Team (Dream Team) camp, that from October 25, no player will be released from the camp to honour any league match until further notice.
A statement signed by the NFF Deputy General Secretary, Dr. Emmanuel Ikpeme, said the notification has become necessary in view of the fact that the Africa U-23 Nations Cup slated for Senegal is only slightly more than a month from now.
Ikpeme said this competition will determine the qualification of the Dream Team for the Men’s Football Event of the 2016 Olympics in Rio de Janeiro, Brazil.
The statement averred that it is indeed worrisome that due to the regular requests by clubs, whose players are in camp, for weekly league matches, the coaches of the Dream Team hardly have up to 10 players to work with at a time, disclosing that this is unacceptable to the NFF.
As a result, the rules guiding the release of players from the national camp will be fully applied, meaning rescheduling of league matches (where a team has more than four players in a camp) or two players to be released and non-release of players where a team has not more than two players.
The Dream Team are preparing for the 2nd Africa U-23 Cup of Nations, which will take place in Senegal fromNovember 28 to December 12 this year.
The team will square up to Egypt, Algeria and Mali in Group B, with only the three top-placed teams in the competition qualifying to represent Africa in Rio de Janeiro next year.