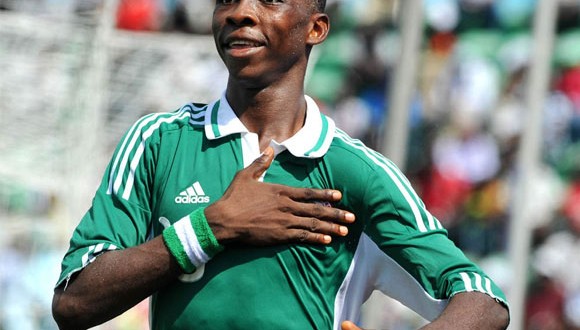 The Nigeria Football Association said on Monday that the choice of a foreign club for Golden Eaglets’ forward, Kelechi Iheanacho, should be determined by availability of youth development programme for career progression.
The NFA’s Technical Director, Emmanuel Ikpeme, told the News Agency of Nigeria in Abuja that association only had strict control over players whenever they were in the national camp with other players.
Ikpeme was speaking against the backdrop of the existing controversy surrounding Iheanacho’s involvement with a foreign club after the FIFA U-17 World Cup tournament in Dubai.
He said: “Kelechi is still a minor.
“If he should join any of these teams, of course he needs the consent of his parents and the agent.
“NFA has a limitation in this aspect because they are under our strict control when they are in our camp.
“When they finish the intended competition, we can only wish them well.
“Even though we are monitoring to see the teams they are playing for, we cannot really have direct influence in terms of ‘play for this team, don’t play for that’.
“It is the truth of the matter.
“So, as a minor, it is the agent and the parents that will give the consent until he is mature.”
The technical director advised that Iheanacho’s agent should think beyond the monetary benefit by considering the development of his entire life and career.
Ikpeme added: “I just want to believe that whoever the agent is, he should go beyond the monetary aspect as to what that boy is going to gain.
“If you go to these top European clubs, definitely, there is no how you can break into in their team A and it could be frustrating if that is what you are looking for and you will end up destroying your career.
“There should be progression.
“Not just for you from U-17 to leap into these high flying clubs.
“It doesn’t work out that way.
“So, my advice which is the best one, is that when you leave at that level, go to a country that has a good youth football development structure and programme.
“So that you benefit from improving on both your technical and tactical aspect of the game and you are acquiring the necessary experience.
“At least I can talk of one of his colleagues, (Habeeb) Makanjuola.
“He is in Chelsea youth programme, in academy studying and at the same time playing.
“These are the kind of things one would have wished for Iheanacho.”
NAN recalls that Iheanacho was named the Most Valuable Player of the 2013 FIFA U-17 World Cup and the second highest goal scorer with six goals behind the top scorer, Valmir Berisha of Sweden.