Neymar, fan in bust up 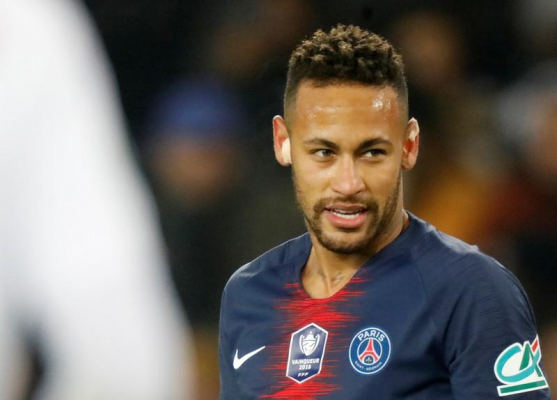 Share
Facebook Twitter LinkedIn Pinterest Email
Brazilian superstar Neymar has landed himself in hot water again after taking issue with a fan filming him.
His side, Paris Saint-Germain, suffered a shock defeat to 11th place Rennes in the French Cup final on Saturday after the minnows triumphed 6-5 on penalties following a 2-2 draw.
After the defeat Neymar and his teammates were walking up the steps at the Stade de France to collect their runners up medals and the former Barcelona star appeared to take offence to a fan filming him on a phone.
Footage shows the player pushing the phone away and exchanging heated words with the fan before appearing to strike the supporter in anger.
Later the supporter himself uploaded a video of the incident with the caption: “Neymar who gave me a potato” – French slang to mean he received a punch.
It remains to be seen whether Neymar faces any disciplinary action for his moment of madness, but this is the latest in a line of controversial moments featuring the star.
Just the day before PSG’s defeat Neymar received a three-match ban in the Champions League after he allegedly told VAR officials to ‘go f*** yourselves’ during PSG’s extraordinary Champions League loss to Manchester United.
He has also faced accusations of diving numerous times in the past, especially in last year’s World Cup, and was accused of tax fraud following his move from Brazilian side Santos to Barcelona.
He did try his best to drag PSG to victory in their clash with Rennes, scoring in the 21st minute and also confidently netting his penalty in the shootout, but after the game he blasted the younger players’ mentality in an interview.
Neymar said: “They need to have more respect, they need to listen more. When I got promoted I always listened and respected the old ones. I think they need to follow that path too.”
French Cup final hudson-odoi Neymar PSG Rennes
Share. Facebook Twitter Pinterest LinkedIn Tumblr Telegram Email