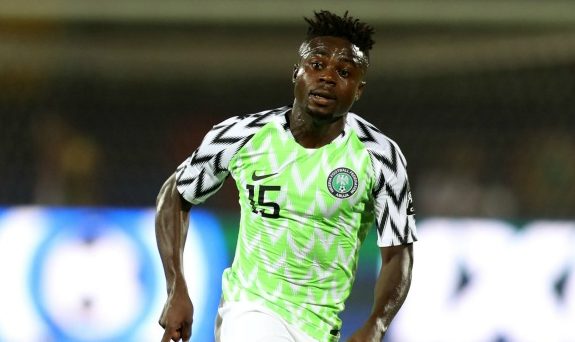 The new Newcastle United owners are ready to splash the cash on the Super Eagles star as they look to avoid relegation.

In January, they were also linked with a N28 billion move for Napoli hitman, Victor Osimhen, but it failed to materialise.

Simon has been terrific for the Yellow Canaries this season, scoring two goals and assisting nine.

He also had a brilliant Nations Cup outing in January.

He was the major outlet for the Super Eagles, scoring one and assisting as many.

The 26-year-old was linked with a move to Leeds in January, but negotiations fell through.

However, according to Sports Witness and TBR Football, Leeds could lose the Nigerian star to their Premier League rivals Newcastle United, with reports claiming the Magpies have tempted him with a N57million weekly wage.

This is not the first time Simon will be linked with a move to Newcastle.

The Magpies wanted to secure his services two years ago, but Nantes opted to hold on to him.

However, the result could be different this year as the new Newcastle owners have the money to finance his purchase.