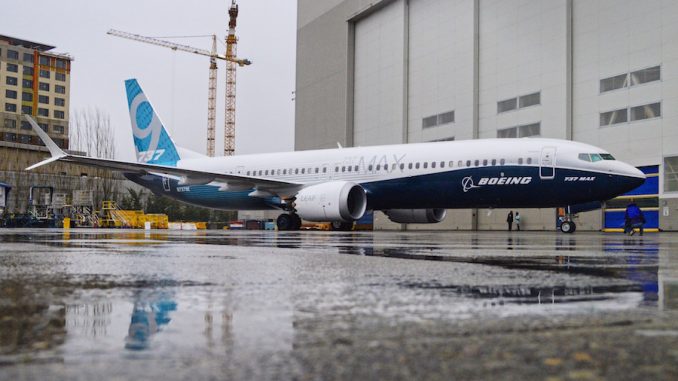 A new version of Boeing Co’s (BA.N) 737 jetliner, 737 MAX 9, took off from Seattle, Australia for the first time on Thursday.
The maiden flight marked another step in Boeing’s revamp of its best-selling product line that could see up to five new models introduced by 2020.
737 MAX 9, a fuel-efficient, long-range successor to the 737-900, made a test mission, about 50 years after the 737 first took to the skies on April 9, 1967.
It followed the first flight of Boeing’s largest Dreamliner model, the 787-10, in March, from its factory in South Carolina.
The new models are coming to market just as demand for aircraft has slowed.
Boeing has committed to making four new 737 versions and is considering a bigger version than the MAX 9, known as the 737 MAX 10X.
“It could begin delivering that version in 2020 if airlines start ordering it this year, with China emerging as a promising market,” Michael Teal, 737 MAX Chief Project Engineer and Deputy Programme Manager, said.
With the MAX 9 in the air, Boeing is turning more attention to the larger version.
It began pre-marketing the plane this year, but has yet to formally launch development of the jetliner, which will compete against the popular Airbus (AIR.PA) A321neo.
Teal said the design of the 737 MAX 10X would be firmed up by the end of this year, adding that customers could receive the aircraft in 2020, depending on orders.
“We will determine the delivery date when we launch that programme, when the customers show the interest and they buy the airplane,” he told journalists during a conference.
Reuters/NAN.