Neuer crowned Player of the Month for August 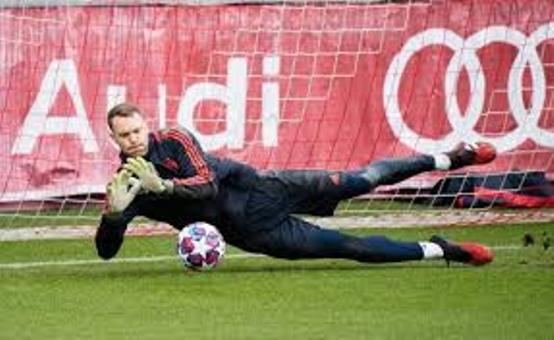 Bayern Munich captain and goalkeeper, Manuel Neuer, has been adjudged the club’s Player of the Month for August.

Neuer played a major role in the UCL triumph with a clean sheet in six of the 11 games and strong saves in the semi-final and final.

In the Bundesliga, the DFB Cup and the Champions League, the FC Bayern captain was invariably the one hoisting the winners’ trophies into the air.

And last but not the least, the treble winners’ number one was also number one as far as the Bayern supporters were concerned, for they’ve named the goalkeeper their FC Bayern Player of the Month for August.

With 39 per cent of the votes, he was the clear winner ahead of Champions League final scorer Kingsley Coman (17%), who himself clearly won the vote for the FC Bayern Goal of the Month, and three-time winner of the top scorer award Robert Lewandowski (10%).

A decisive factor in Neuer winning the fans’ vote for the first time in the 2019/20 season was his outstanding performance in the Champions League finals tournament in Lisbon.

As early as the quarter-final against Barcelona (8-2) and in the semi-final against Olympique Lyon (3-0) his great saves thwarted the opposition. And in the final against Paris Saint-Germain (1-0), he drove the otherwise flawless French forwards to despair, so much so that PSG coach Thomas Tuchel spoke with a smile afterwards of a “little unfair competition.”