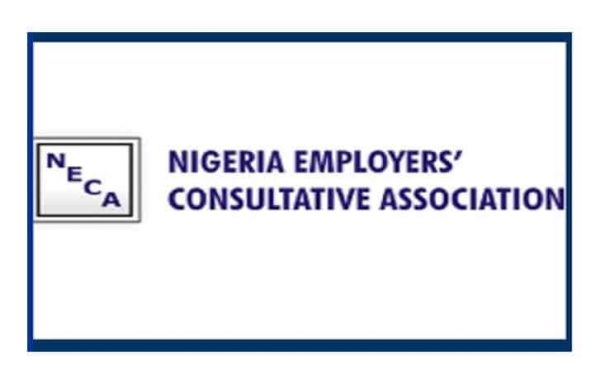 The Nigeria Employers’ Consultative Association has commended the Central Bank of Nigeria on the new charges guide to banks and other financial institutions.
NECA’s Director-General, Timothy Olawale, who made the commendation on Monday in Lagos, said that the new guideline would make financial services more accessible and affordable to various stakeholders in the economy.
News Agency of Nigeria reports that CBN had on Dec. 22 announced a comprehensive review of charges in a new mandate to banks, other financial, and non-bank financial institutions.
According to the new guideline, this decree takes effect from Jan. 1, 2020 and may be reviewed from time to time to reflect changes in the business environment.
Some of the major points in the new guide included the removal of Card Maintenance Fee on all cards linked to current accounts.
Others are reduction in the amount payable for cash withdrawals from other banks’ Automated Teller Machines from N65 to N35 after the third withdrawal within one month.
Olawale said that the guideline would encourage Nigerians to be more aligned with the Cashless Policy of CBN.
He also applauded the reduction in the remote-on-us, that is, from other bank’s ATMs, to maximum of N35 after third withdrawal within the same month from N65.
“On the electronic funds transfer, although, the new guideline introduced new additions for transactions below N50, 000, attracting N25 and N10 respectively; we suggest that transactions of N100,000 and below should fall within the newly reviewed charges of N25, taking into account the low income earners,” he said.
The Director-General called for a total cancellation of N50 Point of Sale charges on stamp duties still in operation.
According to him, the N50 stamp duty charge is a burden on Nigerians and businesses.
“As the citizens grapple under the weight of inflation and eroding purchasing power, these charges, under any guise tends to further impoverish the banking populace’’,  he said.
Olawale urged the CBN to continuously promote policies and guidelines that facilitate the ease of doing business and banking in the country.
He said: “Efforts should be made to deliberately align monetary policy with the fiscal policies in order to drive development of the economy.
“Aggressive sensitisation should be embarked upon to enable customers acquaint themselves with the provisions of the guideline and be properly guided’’.