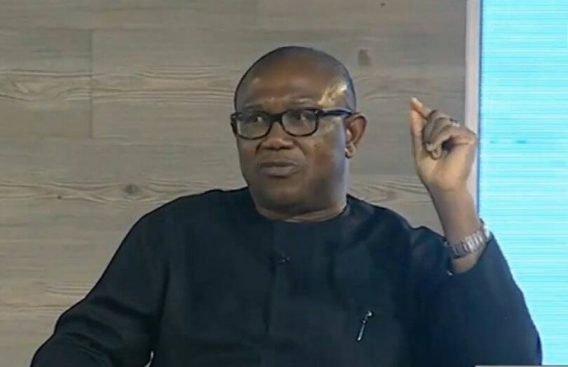 Peter Obi, the Vice Presidential Candidate of the Peoples Democratic Party in the 2019 elections, on Monday urged leaders of the party to be united in defending democracy in the country.
Obi, who spoke at the 88th PDP National Executive Committee meeting in Abuja, said the party has great role to play in building a better Nigeria.
He said: “We have a duty as a party.
“As you can see the way things are, we have to do whatever is possible to ensure that we contribute to building a better nation.
“PDP remains a party of our dear country today and our commitment at coming together is inevitable to make that work.
“Mine is to appeal to all of us.
“This is time for us to come together and I’m sure chairman you’re doing your best.
“Let’s work together.
“Our future, the future of this country depends on PDP.
“The future of this party is very bright and our commitment will go a long way.”
The Senate Minority Leader, Senator Enyinnaya Abaribe, said the National Assembled would do the needful on the amendment of the Electoral Act to address present electoral challenges when the lawmakers resume plenary on Tuesday.
Abaribe said: “We have taken note of what you have said about our working very hard on the Electoral reforms.
“Also, we’re taking note of every other thing that you have mentioned here today.
“I can assure you that the National Assembly will do the needful with regard to this legislations that are pending.
“In fact, the mover behind the last Amendment of the Electoral Act that would have put an end to all these problems that we have seen today is right here with us, the former chairman of INEC Committee in the National Assembly.
“We want to let you know that we need your support in that and this is a matter I think we will have to take when we are in a caucus, not here.
“The National Assembly indeed needs your support, but I can reassure you that whatever we need to do to get the legislation done, we will surely do it.”
On his part, the Chairman, Board of Trustees, Senator Walid Jibril, expressed concern about the report of PDP Chairman in Kano State defecting to the All Progressives Congress and alleged plan to change the party’s name.
Jibril said: “There is an uncertainty in my mind and I don’t know whether you people will share it.
“It is the decamping (defection) of our members who worked with the the governor of Imo State to the new APC government in the state, about nine of them.
“There is also the moving away from our party by the chairman of PDP in Kano State to APC.
“I am also disappointed with the comments I read in the newspapers allegedly made by a chieftain of our party on a plan to change the name of PDP again.
“Please, count the BoT out of any effort to change the name of this party.
“We shall never allow it.”
Jibril hinted on his move to make sure that the party remained united, including settling the difference between the outgoing Governor of Bayelsa State, Seriake Dickson, and his Rivers State counterpart, Nyesom Wike.
He, however, congratulated the PDP governors for their recent victory at the Supreme Court.
Governors of Rivers, Adamawa, Sokoto, Oyo, Cross-River, Bauchi and Enugu States attended the NEC meeting.