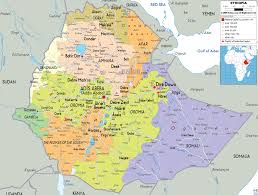 Share
Facebook Twitter LinkedIn Pinterest Email
The Amnesty International said a wave of anti-government unrest turned deadly in Ethiopia over the weekend, putting the death toll at nearly 100, against the government confirmation of seven deaths.
It said on Monday in Addis Ababa that government had earlier said only seven people had been killed, all of them in Bahir Dar, the capital of the north-western region of Amhara, as protesters clashed with police.
Amnesty, however, said police had shot 30 people dead in the city.
It said in addition, 67 people were killed in clashes in Oromia, Ethiopia’s largest region covering part of the south and west.
The rights group said the demonstrators in Amhara and Oromia accused the government of rights abuses and marginalisation of ethnic communities.
It said government has again blocked the internet for the second time in two months, allegedly to curb calls for protests.
The Human Rights Watch said Oromia had previously seen months of protests against plans to extend the boundary of Addis Ababa amid concern that it could lead to farmers being displaced.
It said the protests had led to security forces killing more than 400 people then.
It said further that the boundary plan was abandoned, but resentment still festers among the Oromo community, which feels excluded from political and economic power.
The watch noted that in Amhara, the protests focused on federal boundaries drawn two decades ago that, according to local critics, cut off many ethnic Amharas from the region.
Amnesty expressed concern that the hundreds of people who had been arrested could be tortured.
The Oromo are Ethiopia’s largest ethnic group, constituting more than 30 per cent of the population of 100 million, while the Amhara are the second-largest group.
An official said on condition of anonymity that in Addis Ababa, which is located in Oromia: “Many people were beaten and others getting arrested.
“The government is out with guns in town.
“They’re moving with so-called special forces and there is shooting everywhere, the security forces goes on rampage and shooting sporadically.”
Nigusu Tilahun, the Amhara Region’s spokesman, confirmed that in Bahir Dar, social amenities, hotels, banks and individual-owned properties were attacked and looted.
Tilahun said witnesses reported police dispersing a smaller protest in the city on Monday, with shots echoing in the air.
Opposition representatives said protests were ongoing in several locations of Amhara and Oromia.
Chane Kebede, the leader of the opposition Ethiopian Democratic Party, called on government to listen to the demands of the Ethiopian people and bring about national reconciliation that addresses the prevailing maladministration and issues of identity.
Tilahun said protesters had provoked police by throwing grenades, that the rallies were illegal and that measures had been taken to “ensure the rule of law”.
Meanwhile, the US Embassy in Addis Ababa said “we recognise that many of the demonstrations took place without authorisation”, but also stressed the “rights of all citizens, including those with opposition views, to gather peacefully and to express their opinions”.
dpa/NAN.
Ethiopia protests
Share. Facebook Twitter Pinterest LinkedIn Tumblr Telegram Email