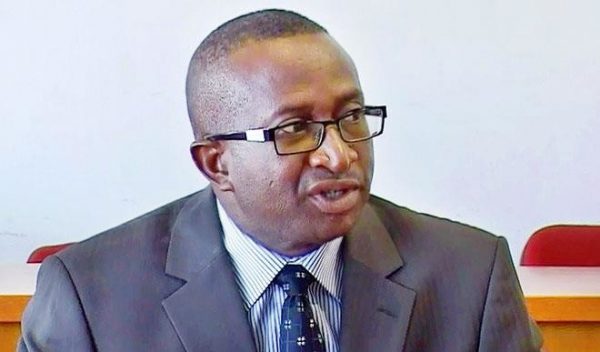 Senator Victor Ndoma-Egba,(SAN), Chairman, Board and Management of Niger Delta Development Commission, has expressed deep shock over the tragic death of Pastor Power Aginighan, former Acting Managing Director of NDDC.
Ndoma-Egan gave his condolence in a statement signed by his Special Assistant (Communications), Clara Braide on Monday in Abuja.
The chairman urged the family of the deceased to embrace faith in the will of God, despite the deep pain they were going through as a result of “this very sad and untimely demise”.
He said: “Nothing happens in this world except God permits. It is most heart-breaking and devastating for a family to lose a father and son at the same time in such a tragic circumstance.
“I pray Almighty God to grant his wife, the rest of Aginighan family and entire Ijaw kingdom, the fortitude to bear the great loss.”
He noted that Aginighan was passionate in the struggle for better living condition for the people of Niger Delta.
Ndoma-Egba also said that the late cleric served in various leadership positions in many organisations and was committed to improving the quality of lives of Niger Delta people and Nigerians in general.
The chairman said that Aghinighan remained very supportive to the commission, years after serving as the Acting Managing Director.
“This is indeed a huge and overwhelming loss for his wife, family,the Ijaw Kingdom, the people of the Niger Delta Region and the entire Board, Management and Staff of NDDC”.
Ndoma –Egba also prayed God Almighty to bless the soul of deceased and grant those he left behind the fortitude to overcome the irreparable loss.
The News Agency of Nigeria reports that Aghinighan was also former Director-General, Ijaw Youths Action League among other leadership positions.
Aghinighan was mandated to speak on behalf of Delta Ijaw of the All People Congress  members at the state and national levels.
He was also the moderator at the cease fire peace, conference organised by the Warri Ijaw/Itsekiri Grassroots Peace Front held at Warri Club under the auspices of the Joint Military Task Force in June 2004.
The event marked the end of a seven-year of hostility between the Ijaws and the Itsekiris of Warri.
The late Aghanighan was born on Jan,9, 1959 at Ezebri,  Bomadi Local Government Area of Delta.
Sources said the auto crash that claimed the life of Aginighan, his son and police orderly happened on the Mbiama section of the East-West Road, Bayelsa August 31.