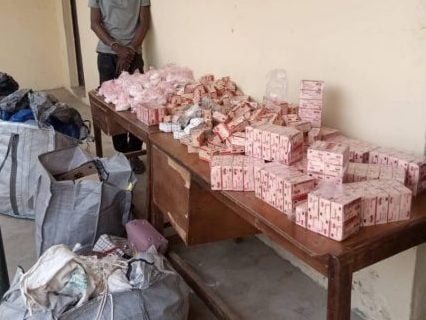 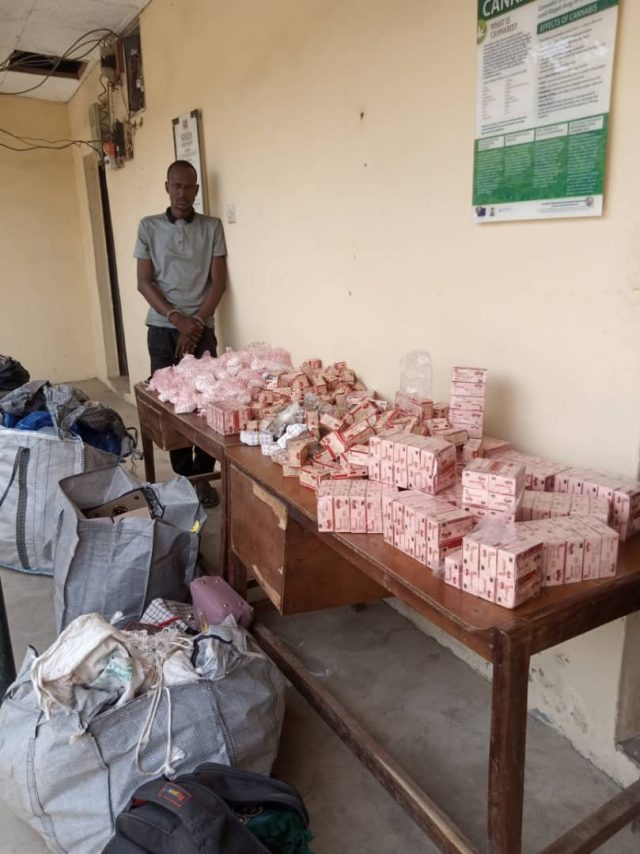 Barely a week after operatives of the National Drug Law Enforcement Agency arrested a 70-year-old Nigerien who supplies Boko Haram and bandits illicit drugs, a 35-year-old Chadian who sells narcotics to the insurgents has been intercepted in Taraba State with assorted drugs.

The suspect, Adama Uomar Issa, was arrested on Wednesday in Jalingo, Taraba State with 21.70Kg of Tramadol 225mg and 250mg.

According to the Commander, Taraba State Command of the NDLEA, Suleiman Jadi, the suspect speaks only French and Arabic and claims he was taking the illicit substances to Chad Republic before he was intercepted in Jalingo.

Investigations have however shown that he is a major supplier of illicit drugs to Boko Haram insurgents. 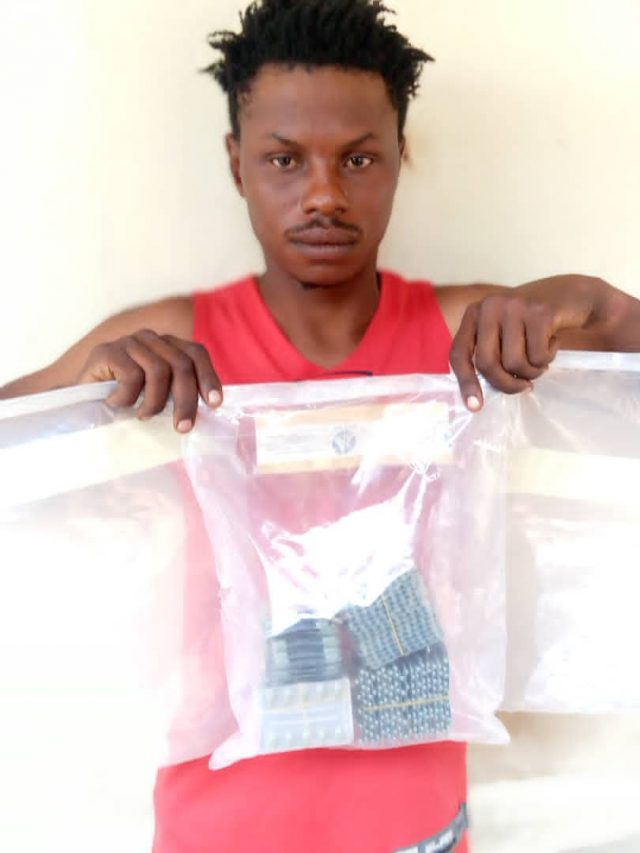 At the point of interdiction, the drugs, which he bought from Onitsha in Anambra State, were concealed inside new ladies’ handbags and shoes.

In a related development, operatives of the anti-drug law enforcement agency have raided drug joints in Warri Street, Kaduna, where 29.5 grammes of cocaine and heroin were recovered along with 456 grammes of rophynol tablets.

Two peddlers: Suleiman Yusuf and Abubakar Abdullahi, were arrested during the sting operation.

This is even as 181kg of cannabis sativa was seized in Gaidam, Yobe State and a suspect arrested in connection with the seizure.

While commending the Taraba, Kaduna and Yobe States Commands for their vigilance and resilience in the ongoing offensive action against illicit drugs and traffickers, the Chairman/Chief Executive Officer of the NDLEA, Brigadier General Mohamed Buba Marwa (retd), charged the officers and men involved in the operations and across other commands not to relax until the last drug cartel is dismantled in the country. 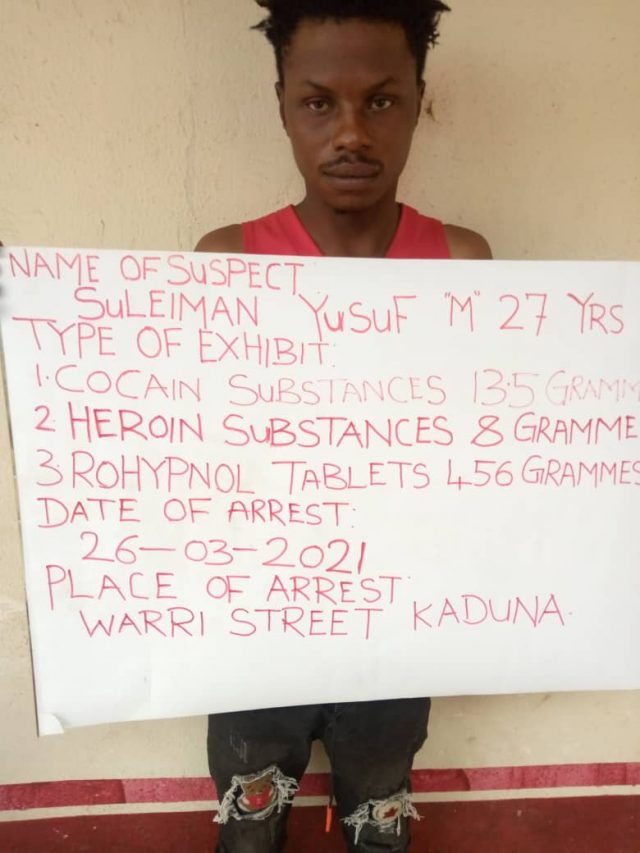 “We have made a commitment that the criminal elements will always have us to contend with in their illicit trade and that’s why we must not rest on our oars, we must continue to raise the bar in our drug supply reduction activities and drug demand reduction efforts,” Marwa stated.