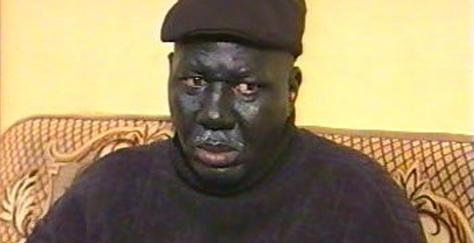 Popular Yoruba actor, Alhaji Babatunde Omidina, better known as Baba Suwe, has disclosed that the National Drug Law Enforcement Agency held him for so long because of how the the story on his drug related issue spread wide through the Nigerian media. According to the actor, who was arrested over drug related offences few years back, the story was not true as does not know what cocaine looks like.

Omidina explained that he was at the office of the drug enforcement agency and was eating well but did not go to the toilet the evening he got there except the following day and he was to be held for three days, which he accepted but was later prolonged because of the media that created the impression he had bribed the agency.

In his words: “Newspapers were carrying the rumour and I didn’t know anything because I was in their office eating and doing other things.

“It was the first night I got there that I didn’t excrete but the following day I started defecating.

“The law states that after going to toilet for three times, you should be released but mine wasn’t like that.

“I defecated for 10 days without being released.

“They thought it was in my system.

“I don’t believe in charms because if truly they exist, a lot of people will be carrying them as protectors.

“My stomach was flushed at NDLEA hospital and they didn’t detect anything and I was to be released, but their boss made it known to me that if they released me, the media would think they had been bribed.

“I was surprised when my family provided a lawyer for me because I thought it was a mere case until everything went wrong.

“I can swear with anything, I don’t know any other business than acting.

“There’s nothing in the acting industry that I don’t have and I even rent to others and that is another money-making way for me.”