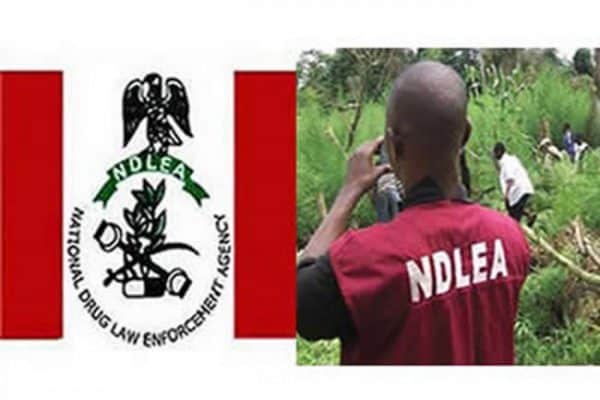 The National Drug Law Enforcement Agency said on Monday in Abuja that it seized drugs and cash amounting to over N130 billion between January and December 2021 nationwide.

The NDLEA Chairman, retired Brigadier General Buba Marwa, gave the figure at a media briefing to mark his one year in office.

The News Agency of Nigeria reports that President Muhammadu Buhari appointed Marwa as the NDLEA Chairman on January 17, 2021 and assumed duty on January 18, 2021.

Marwa had worked as Chairman, Presidential Advisory Committee for the Elimination of Drug Abuse between 2018 and December 2020 along with others to develop a blueprint on how to end drug abuse in Nigeria.

He noted that the agency had also arrested 12,306 suspects, including seven drug barons within the same period nationwide.

The NDLEA chief stated that the agency had convicted 1,400 offenders with 1,502 cases pending in court.

Marwa described the achievement as the easiest for him because it also formed part of the development in 2021 that was well-known to the public.

He said: “We can take solace in the fact that our achievements of 2021 surpassed the records of any given year in the last three decades.

“In drug supply reduction, our interdiction efforts yielded unparalleled results, which as of December 31, 2021, we also seized over 3.4 million kilogrammes of assorted drugs.

“We destroyed 406 hectares of cannabis farms and contributed to the consolidated account through asset forfeiture with 7,761 drug users counselled and rehabilitated in NDLEA facilities.”

Marwa noted that some of the spectacular seizures recorded by the agency since January 2021 include the seizure of 230 tons of cannabis in Edo State in February.

He said that a recent seizure of over 100 tons of psychotropic substance across the country in the past two weeks was not excluded.

According to him, some of the striking seizures include 451,807 captagon tablets, weighing 71.119kg in September 2021 at Apapa Seaport, Lagos.

He said: “This was the first-ever recorded seizure of the drug in the West and Central African regions.”

Marwa said that 1,994,400 capsules of Tramadol were seized in February 2021 at the Apapa Port, while another 144,400 bottles of Codeine syrup were confiscated in March and another seizure of 32.9kg of cocaine was recorded in October 2021.

The agency boss stated that 43.11kg of cocaine was seized in February 2021 at the Tin Can Seaport and another 22,590kg of Codeine syrup was seized by the NDLEA at the Port in September 2021.

Marwa stated that 2,000.6kg of Cannabis Sativa were impounded by the agency in concrete mixer truck loaded in Ogbese, Ondo State.

He said that the consignment was intercepted along Girei-Yola Road in Adamawa State on December 2, 2021.

He said: “In December 2021 alone, over 34,000kg of cannabis smuggled from Ghana, were intercepted at the Eko Atlantic City Beach, while more than 8.3 million capsules and tablets of Tramadol were seized in Lagos a week before Christmas.

“Just last week, about 1.5 million capsules of same drug, loaded in Onitsha, Anambra, heading to Kebbi and Kano States were also intercepted by our men in Edo.”

Marwa noted that the agency also recorded a series of interceptions and seizures of cocaine and heroin at various airports in the country within the stipulated period.

He said that the Murtala Muhammed International Airport remained the epicentre of the spectacular seizures, including what stands today as the biggest single seizure from an individual in 15 years.

Marwa said that the agency was committed to its mandate of ensuring a drug-free Nigeria, adding that the NDLEA would continue to play its role toward the achievement of that goal.