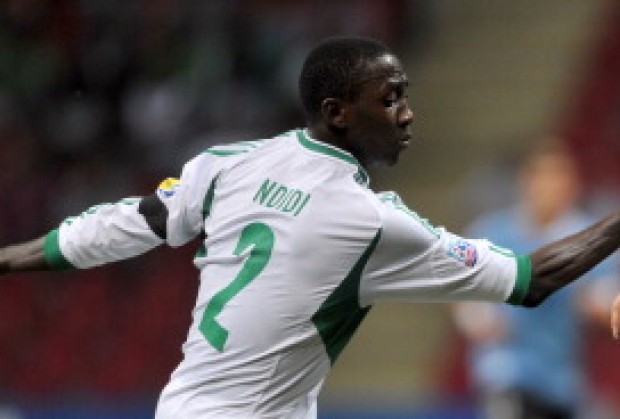 Share
Facebook Twitter LinkedIn Pinterest Email
Wilfred Ndidi has credited Leicester City for the character they showed during Saturday’s 2-2 Premier League draw with Stoke City.
The Foxes twice took the lead at bet365 Stadium, first through Vicente Iborra, before Riyad Mahrez replied to Xherdan Shaqiri’s equaliser to make it 2-1.
But City couldn’t hold onto their advantage, as Peter Crouch headed in to ensure the points would be shared in Staffordshire.
“We tried to pick up the three points,” Ndidi told LCFC TV. “We had so many chances and if we had converted them it would have been easier.
“We had chances to win the game when we were 2-1 up. At least we got a point, so it’s okay.
“We don’t have to do a lot of thinking about how we could have won the game. A point against a team like Stoke is okay.
“We tried to fight back after Stoke scored and as you can see in the game, it was a good spirit from the team. Everybody is close to being back to their best.”
In his first two games in charge, Claude Puel has seen City pick up four Premier League points and Ndidi believes his team-mates are adapting well to the Frenchman’s methods.
Ndidi added: “We’re just trying to go with the momentum. We’ll always try to do our best in the next game.
“From the first day, he has been trying to implement his ideas and philosophy, so we’re just trying to get used to it.”
Peter Crouch Stoke City Vicente Iborra Wilfred Ndidi Xherdan Shaqiri
Share. Facebook Twitter Pinterest LinkedIn Tumblr Telegram Email